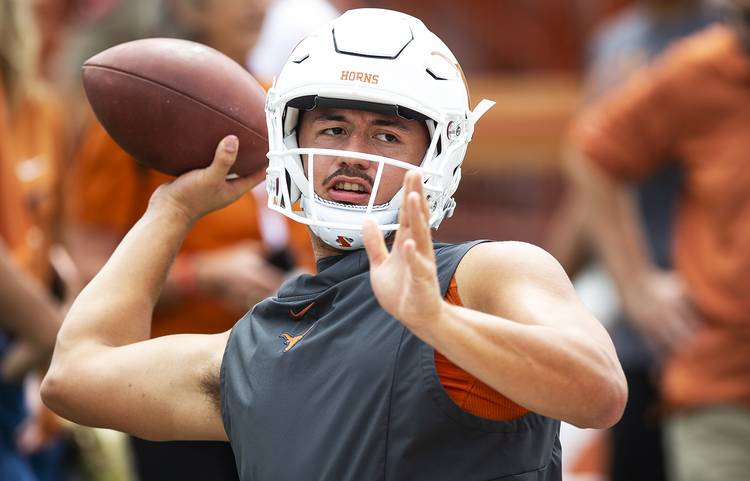 Former Texas quarterback Cam Rising’s debut at Utah will take a little longer than he hoped.

The NCAA denied Rising’s request for an immediate transfer waiver after he left UT and landed at Utah, the school announced Monday. Rising will now sit out the 2019 season and be eligible again in 2020.

The NCAA panel recently tightened its rules on granting waivers since so many athletes were jumping into the transfer portal and hoping to play immediately at their next school. Some athletes were claiming various family hardships or other reasons to not have to sit out.

Coaches have started expressing skepticism about the number of waivers being granted. There’s a fear that if the NCAA granted waivers without legitimate reasons, then college football would turn into free agency.

Rising, a 6-foot-2 prospect from Ventura, Calif., redshirted last season along with fellow freshman Casey Thompson. Both were angling for the backup position in 2019. Both Rising and Thompson put their name into the transfer portal before the Sugar Bowl. Rising left, and Thompson stayed at UT.

As for the transfer portal itself, Herman said, “It hasn’t changed our way of doing business very much.

“The only people that we have blocked were guys going to teams that were on our schedule,” the coach said at Big 12 media days. “Even at that point, when push came to shove, and a kid came to me and said, ‘Coach, I really want to explore this option.’ OK.”

Herman did not block former UT cornerback John Bonney’s transfer to Texas Tech last August. Bonney was a graduate transfer and was allowed to go anywhere. UT could have tried to block an intraconference transfer, but Herman allowed Bonney to play at Tech and play against Texas that same year.

“At the end of the day, we get in this business for young men, what is right for them and what is going to make them happy and successful,” Herman said.