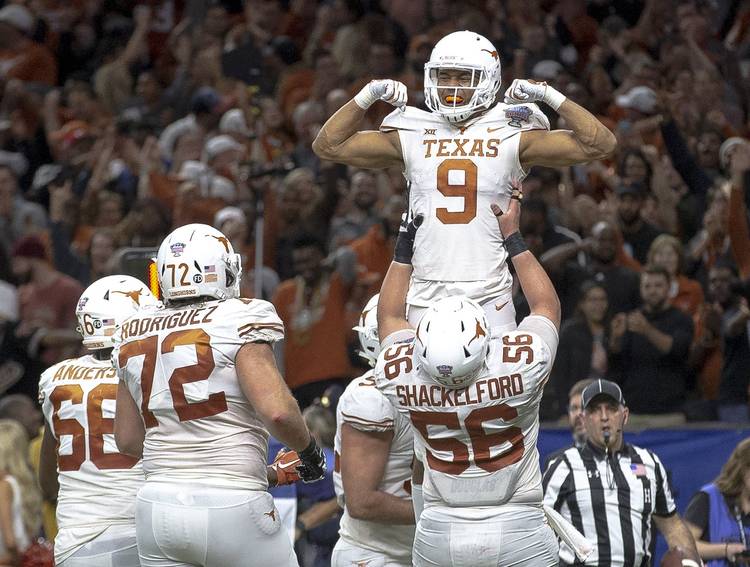 The Longhorns debuted at No. 10 in the first Amway coaches poll released Thursday released by USA Today. The Longhorns are one spot ahead of another familiar team — No. 11 Texas A&M.

The coaches poll has lost some of its luster in recent years as the sport shifted to the College Football Playoff, which comes up with its own ranking.

The Associated Press Top 25, voted on mostly by those in the media, is still considered the leading poll until the CFP rankings begin mid-season. The first AP poll is scheduled to be released Aug. 24.

Clemson and Alabama were ranked 1-2, respectively. Oklahoma was fourth, and LSU was sixth. The LSU-Texas game on Sept. 7 is widely considered a matchup that will help shape the national polls for the rest of September.