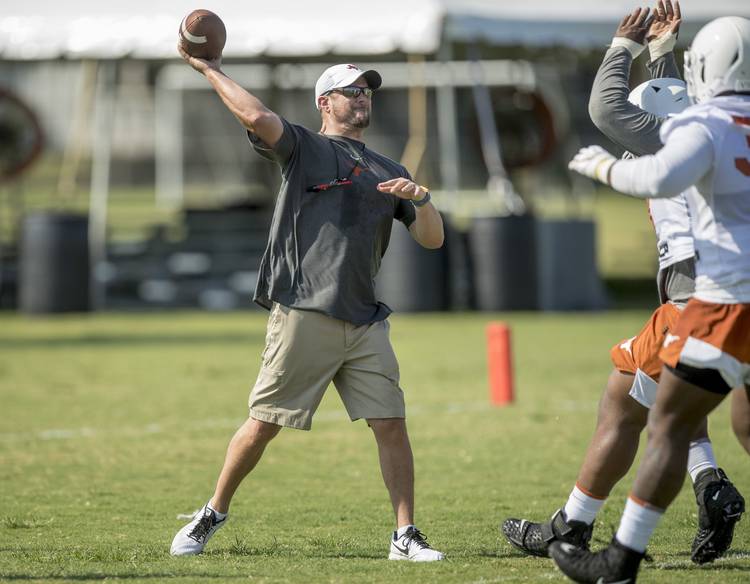 Texas coach Tom Herman addressed the media and talked about his excitement for the 2019 Longhorns after the first practice of the season at the Whitaker Sports Complex.