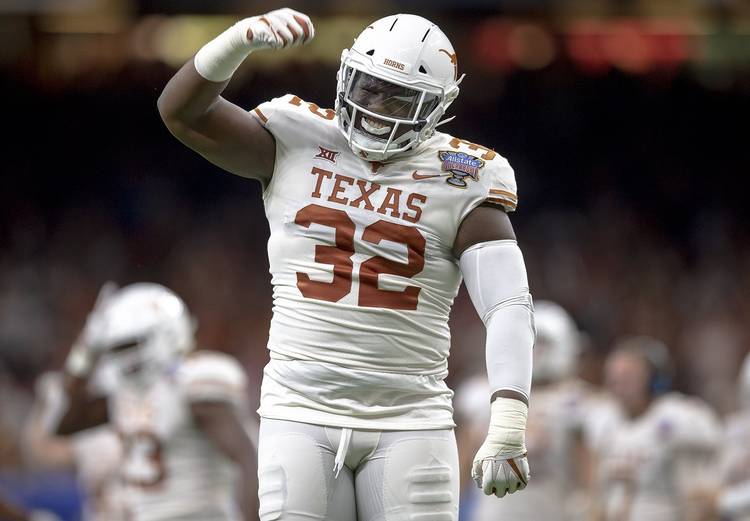 Over the years, Malcolm Roach watched from the sidelines as NFL players Marcus Spears and Deon Simon gave back to his hometown of Baton Rouge, La.

This summer, it was Roach’s turn to step up for his community.

A senior defensive end on Texas’ football team, Roach organized a shoe drive for Baton Rouge kids last month. Roach told reporters this past weekend that 317 pairs of shoes were given out at the inaugural “Malcolm Roach Kicks4Kids” event.

1st annual Malcolm Roach Kicks4Kids👟was a huge success was blessed to give out over 300 shoes thank you to everyone who helped make this event possible. #GD4L🖤 #TRACCCYYY🤞🏾 #NEIGHBORHOODHERO 2️⃣2️⃣5️⃣ pic.twitter.com/UEXnqh941k

Roach got the idea to organize a shoe drive from his mother, who leads a vacation bible school in the church he grew up in. Nancy Roach had noticed that some of the kids who were showing up at Mount Carmel Baptist Church were either barefoot or wearing slippers. Roach recalled the charitable efforts of Spears and Simon, who also attended his church, but figured that “I didn’t want to wait until I was in the NFL to do that.”

So Roach began collecting shoes. He received shoes from his family. Donations were solicited from Baton Rouge residents. Roach had extra shoes to give away and some of his Texas teammates also pitched in.

“It was really just a life-changing experience,” said Roach, who hopes that the event will be even bigger in 2020. “I come out here on Saturdays and make a lot of people happy and things like that, but at the end of the day, football is going to stop and I know that. Just being able to make an impact in my community with this platform, it was very, very big for me. That’s something I’ll never forget.”

Texas will need the leadership shown by Roach this summer. The three starters on UT’s defensive line in 2018 — Charles Omenihu, Chris Nelson and Breckyn Hager — were all seniors. Nelson and Hager were also team captains.

The son of a football coach, Roach told reporters that he picks his spots when it comes to speaking. The way that Ta’Quon Graham and Brandon Jones see it, though, Roach is downplaying the weight of his voice. According to Graham, Roach “is more of the guy that brings the energy, 100 percent of the time, no matter what we’re doing.” Jones assessed that Roach is a player that teammates didn’t want to disappoint.