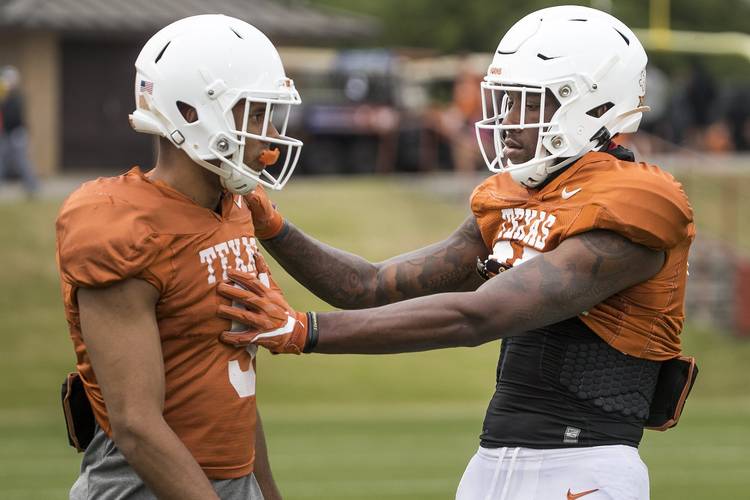 Texas receivers Malcolm Epps (85) and Collin Johnson (9) work on drills together at the Denius Fields on April 3, 2019 [RICARDO B. BRAZZIELL/AMERICAN-STATESMAN]

In Episode 145 of On Second Thought, hosts Cedric Golden and Kirk Bohls examine which young Texas receiver will step up in the No. 3 role behind Collin Johnson and Devin Duvernay. Plus, they discuss D’Onta Foreman’s release from the Houston Texans. Kirk also breaks down the importance of the Houston Astros picking up Zack Greinke.