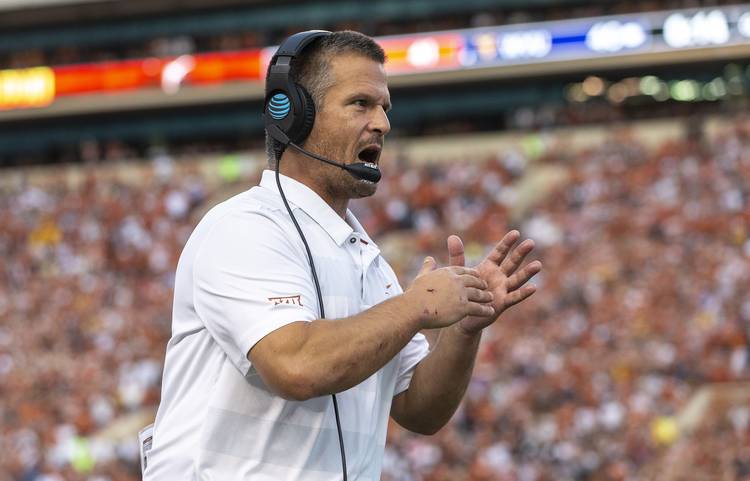 Texas defensive coordinator Todd Orlando calls timeout with 16 seconds left on the clock before the final West Virginia play in the second half of a Big 12 Conference football game at Royal-Memorial Stadium, Saturday, Nov. 3, 2018. [Stephen Spillman for Statesman]

Texas defensive coordinator Todd Orlando talks about Sunday’s upcoming scrimmage and what he’s seeing from his unit so far this August.