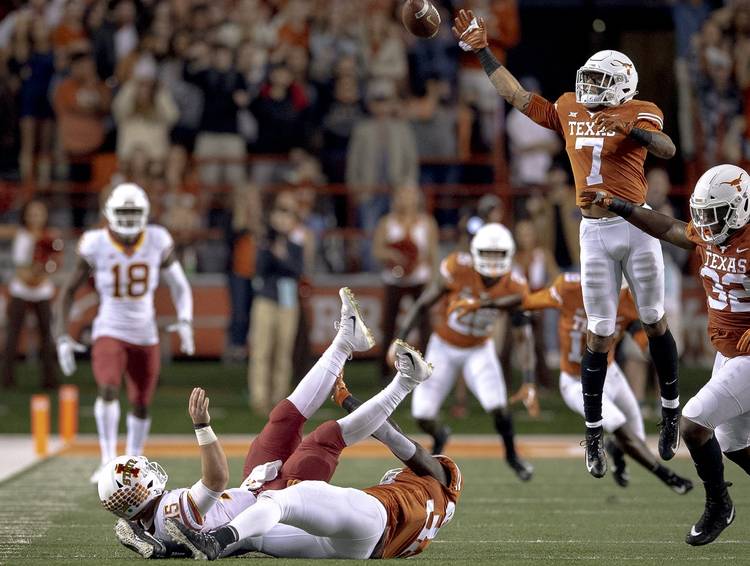 The sophomore seasons for both Keaontay Ingram and Caden Sterns should start on the field instead of the sidelines.

Texas announced on Monday that injuries sustained by Ingram and Sterns in this past weekend’s scrimmage shouldn’t keep either player out of UT’s season opener on Aug. 31. Ingram, a running back, was diagnosed with a bone bruise in his knee. Sterns, who is a returning starter at safety, suffered a low-grade high ankle sprain.

A Texas spokesperson said that both players are expected to miss some practices. They should return before the Longhorns host Louisiana Tech at the end of the month.

Ingram has been penciled into a starting role for this fall. As a freshman, he rushed for 708 yards and three touchdowns. With Ingram and senior Kirk Johnson (shoulder) ailing, the upcoming practice reps for running backs should go to junior Daniel Young, freshman Jordan Whittington and walk-ons Jaren Watkins and Jarrett Smith.

Sterns started 13 times last season and was named the Big 12’s defensive freshman of the year. The preseason watch lists for both the Jim Thorpe Award and Bronko Nagurski Trophy feature Sterns’ name.