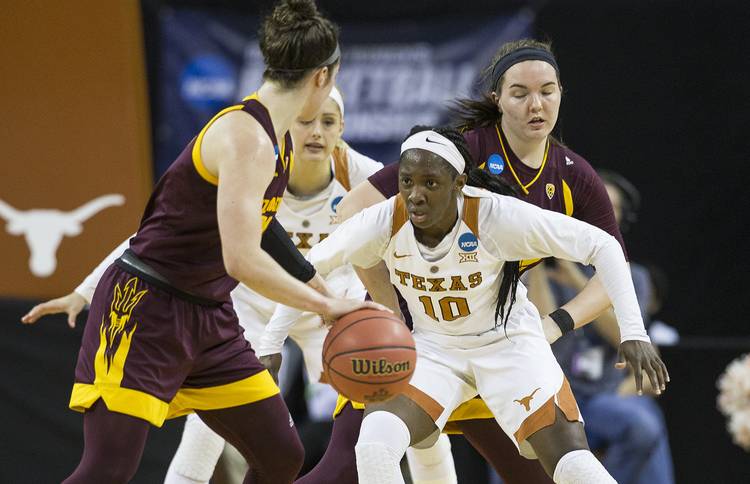 The Texas women’s basketball team announced on Wednesday that the Big 12 had officially approved a hardship waiver for senior guard Lashann Higgs.

The move clears the way for Higgs to return to the court for this upcoming basketball season. Higgs appeared in four games this past winter. What should have been her senior season, however, was cut short by a knee injury.

In a statement, Texas coach Karen Aston said that “We are obviously thrilled to welcome Lashann back for a final year at Texas. She is a special player and an even better young woman who has benefited in so many ways from being at Texas for an additional year. I know she is going to be very motivated to help our team be successful and accomplish her own personal goals at the same time.”

Higgs, a 5-9 product of the Bahamas who attended nearby Cedar Ridge High, has appeared in 107 games at Texas. One of 44 Longhorns to score 1,000 points in a career, Higgs boasts career averages of 9.5 points and 1.3 steals per game. As a junior, she earned all-conference honors while also making the Big 12’s all-defensive team.