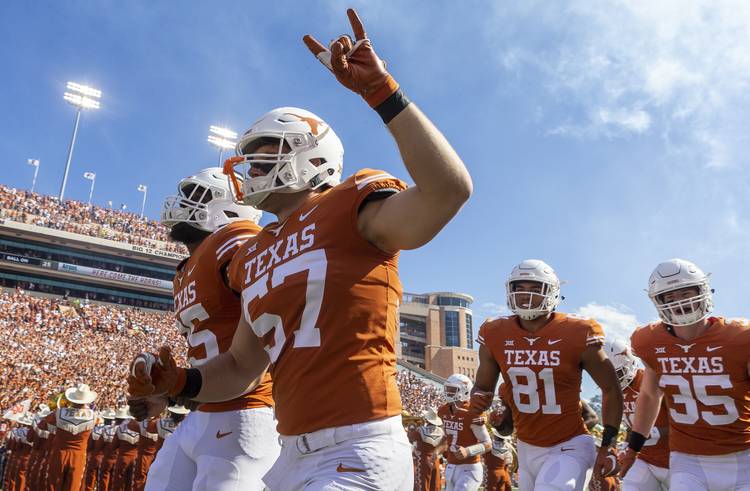 Texas linebacker Cort Jaquess (57) takes the field before a football game at Royal-Memorial Stadium on Nov. 3, 2018. [Stephen Spillman for Statesman]

Following a presentation at a team meeting that Jaquess was involved in, the news was revealed. The scholarship recipients were then mobbed and congratulated by their teammates and coaches. Said an emotional Jaquess: “This means so much to me right now. I thank every single one of y’all for encouraging me and helping me through this whole process.”

Jaquess and Hine are both redshirt sophomores on UT’s football team. Jaquess, a San Antonio native whose father lettered at Texas from 1986-88, appeared on special teams in nine games during the 2018 season. Hine, who joined the Longhorns after playing at nearby Regents High, is looking for his first collegiate snap.

Last year, Texas placed three of its walk-ons on scholarship.