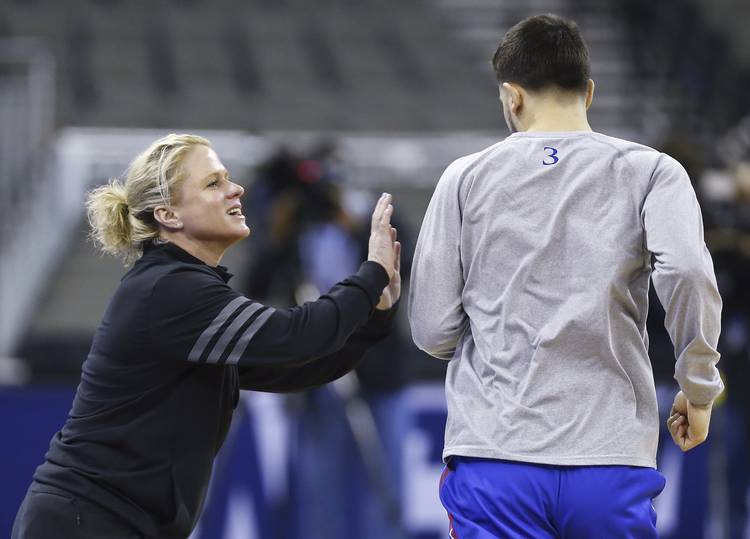 Kansas coach Bill Self confirmed the hiring to The Star. A Texas spokesman told the American-Statesman he could not confirm anything “as of tonight.” An official announcement could come Friday, though.

Luring Hudy away from the Jayhawks would be a major coup for Smart and the Longhorns. She was considered a vital part of Kansas’ long run of 14 consecutive Big 12 championships. Hudy has been with the Jayhawks since September 2004.

The Star said that losing Hudy is “a significant loss for KU’s athletic department.” The Pennsylvania native had previously spent nine years as the men’s and women’s strength coach at Connecticut. In college, Hudy played four years of volleyball at Maryland.

The Longhorns had an opening when Daniel Roose, a strength coach who originally came with Smart from Virginia Commonwealth four years ago, recently decided to go back to VCU.