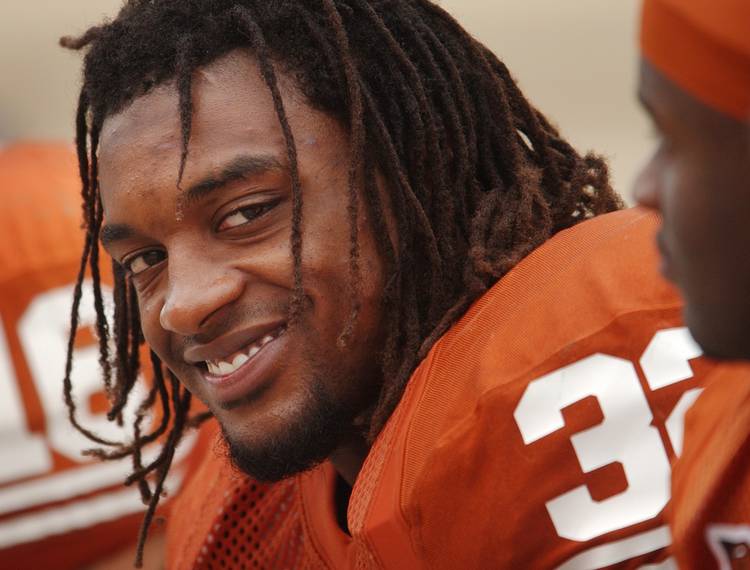 Texas running back Cedric Benson smiles on the sideline after becoming UT's second all-time leading rusher during a game against Baylor on Oct. 2, 2004, at Royal-Memorial Stadium. [Jay Janner/AMERICAN-STATESMAN]