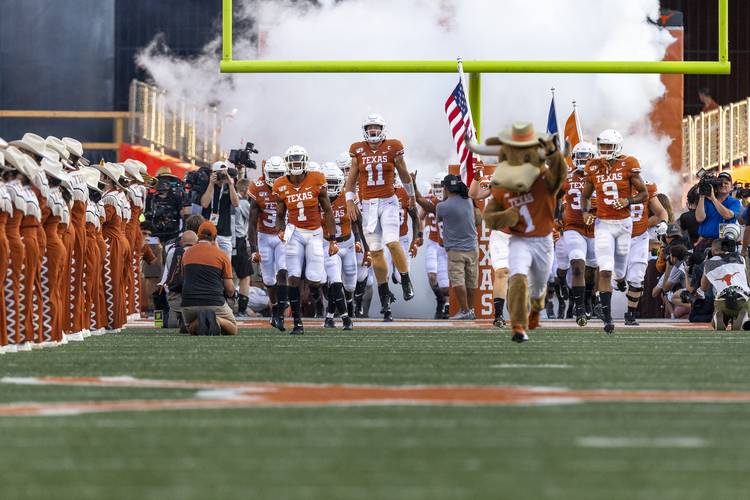 Nearly eight months after that big Sugar Bowl win over Georgia, the Texas Longhorns showed they just might be back as QB Sam Ehlinger attested. Texas routed Louisiana Tech, 45-14, before 96,839 at Royal-Memorial Stadium. It sets up a top-10 showdown with LSU next Saturday. The Tigers routed Georgia Southern, 55-3 in their opener.

Columnists Kirk Bohls and Cedric Golden join beat writer Danny Davis to give you immediate reactions to what took place tonight at DKR in this season’s debut episode of the Longhorns UnFiltered podcast. Plus, a look ahead to the much anticipated LSU game.

It’s over: No. 10 Texas starts its season with a win for a change, cruises past Louisiana Tech 45-14