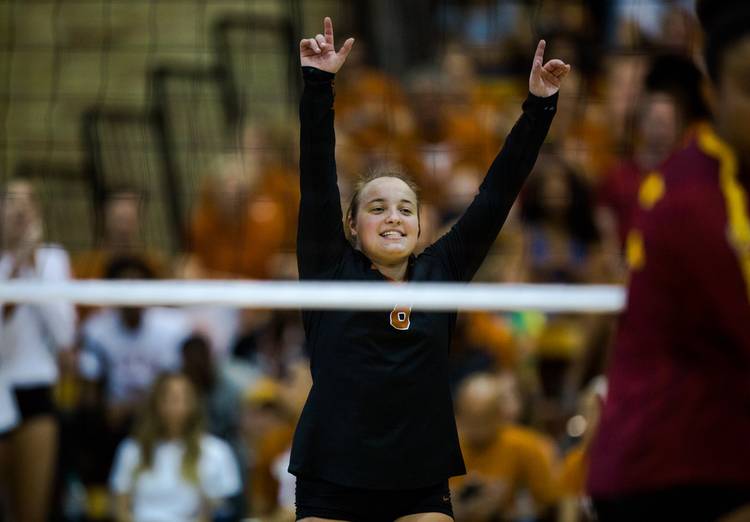 A nationwide tournament will test UT’s current status as one of the top three teams in the nation.

Texas moved up to third place in the AVCA’s national poll on Monday. Ranked fourth last week, Texas received its promotion after opening its season with two four-set wins over Northern Iowa and USC. Texas (2-0) was also aided by Florida State’s Saturday sweep of Minnesota, which was the poll’s No. 3 team.

After dropping to the eighth spot in the AVCA poll, Minnesota will travel to Austin on Wednesday night. Texas will then head to No. 1 Stanford for a Sunday showdown. At a press conference on Monday, Texas coach Jerritt Elliott said that this week’s matches are part of a nationwide tournament that also involves No. 7 Florida. Next season, Texas will play at Minnesota and host Stanford.

This fall, Minnesota returned its top five hitters from a team that went 27-4 in 2018. Former UCLA setter Kylie Miller also joined the team. Minnesota swept North Carolina last week, but the Gophers (1-1) were then stunned by an unranked Florida State team.

“I think the way the game is played, you’re going to see a lot more upsets as the season progresses. We know that they’ll be ready for us,” Elliott said. “Was I surprised (it went) 3-0? Yes, but it happens. One game doesn’t make their season.”

The NCAA’s champion in two of the last three seasons, Stanford (2-0) has won its last four matches against Texas. The four-match winning streak began in the 2016 NCAA title match, and the Longhorns were beaten in both of last year’s meetings. Four players on Stanford’s roster — setter Jenna Gray, outside hitter Kathryn Plummer, libero Morgan Hentz and opposite hitter Audriana Fitzmorris — earned AVCA All-American honors in 2018.

UPDATE (4:15 p.m.): In addition to its ascension in the AVCA poll, Texas has also secured its first award of the season on Monday. Freshman opposite hitter Skylar Fields has been named the Big 12’s rookie of the week. In last weekend’s victories, Fields had 29 kills and a .520 hitting percentage.

Tom Herman, on Texas’ game with No. 6 LSU: ‘We know there’s a bigger-picture goal out there’