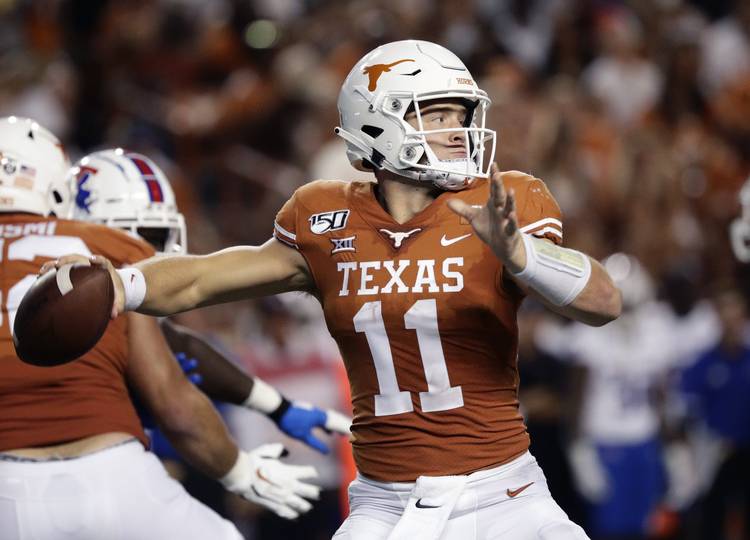 You’ve surely heard by now that the cost of a single ticket to the Longhorns’ match-up against Louisiana State University on Saturday is roughly equivalent to pledging your firstborn child or agreeing to cut off a valuable limb. The game is sold out, and as of Thursday morning, the cheapest tickets on Stubhub were around $300 a pop, plus fees. And Stubhub listed those as “good value.”

If you, like many of us, can’t afford to sell your soul for an LSU ticket, here’s where you can watch the game around Austin and feel just as spirited as if you were in the stadium.

The official football watch party is going down at Longhorn City Limits, home of pre- and post-game concerts, just outside of Darrel K. Royal Texas Memorial Stadium on the LBJ Lawn. The lawn opens up at 5:30 a.m. Saturday for ESPN College Game Day, with the broadcast running from 8 to 11 a.m. You’ll be kicked out for a few hours while crews set up for Longhorn City Limits, but you can return at 2:30 p.m. to watch Rob Baird and Midland perform before the watch party starts at 6:30 p.m. with the big game on the big screen. Food and drinks will be available for purchase, including alcoholic beverages until the third quarter. You can bring lawn chairs and blankets, but no tents, coolers, umbrellas or ice chests.

It’s not very big, but it’s got a lot of heart, and where else can you enjoy a good Mad Dog Margarita? Nowhere. Located near the Capitol, this Austin institution is in the heart of game day tailgates and is sure to be rocking and rolling with Texas fans on Saturday.

Another great near-campus option, Posse East has one of the best burgers in town (in my extremely professional opinion) and is always chock-full of Texas fans. Posse East will open at 10 a.m. Saturday for their watch party, so you know the drill — come early, be loud, etc.

Stay in the campus area and enjoy a burger and some beverages at Dirty Martin’s, one of the oldest and best UT-adjacent hangouts. Dirty’s is offering drink specials and — more importantly — air conditioning at its party in the “burnt orange room.”

Avoid the game day crowds and head downtown to party for four days straight on Sixth Street with parties on Thursday, Friday, Saturday and Sunday, including a game watch party on Saturday night and live music after the game. There’s also a VIP party with $250 tickets. If you want to make the investment, the VIP ticket gets you access to private viewing areas, all-you-can-eat snacks, fajitas and a nacho bar, as well as 10 drink tickets.

Another downtown option, the Sixth Street bar is hosting a watch party featuring a 12-foot LED screen in the backyard with food and drink specials.

The free party will feature the game on a 20-foot LED screen as well as $4 beers, $5 wines and wells and a free guacamole, salsa and queso bar as well as Tiff’s Treats. The party is open to all ages.

If you’d prefer to hang out south of the river, enjoy drink specials and pizza at the pizzeria’s watch party on South First.

If Rainey Street is more your vibe, head to dog-friendly The Alibi for drink specials and food from Stony’s Pizza.

Scholz is the premier place to watch a Texas game, and it’s in the heart of the game day tailgating fun. It’s sure to be packed, but it’s also sure to be a blast.

Another favorite near campus (and another personal favorite burger of mine), Crown and Anchor has a great beer selection. It’s also ranked as the No. 1 best place to watch UT games on Yelp.

Ranked second on Yelp for Texas football viewing, the West Sixth bar has plenty of TVs.

It’s an Austin staple, and it’s always a great option for whatever sport you may want to watch, with plenty of TVs and even a ghost (who, we imagine, also cheers for the Horns).