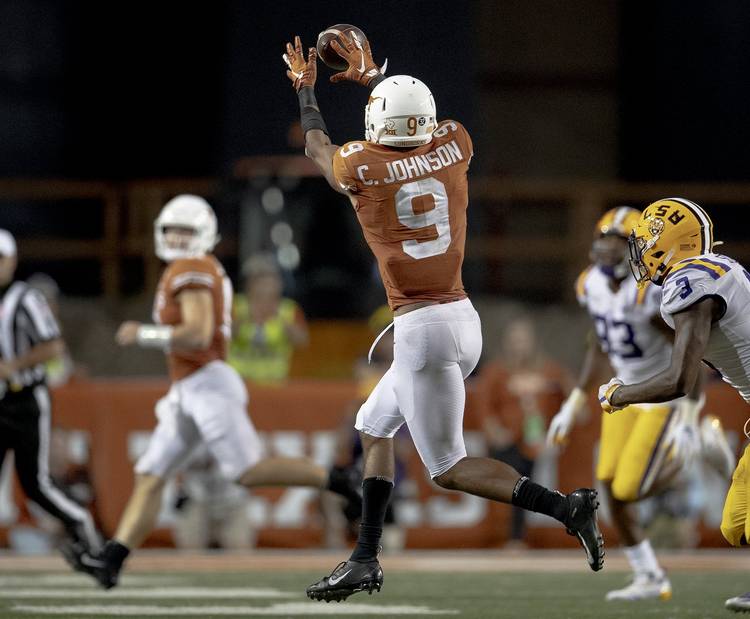 When Texas takes the field at NRG Stadium on Saturday evening, it will be missing three of its players.

Two hours before its kickoff against Rice, Texas announced that receiver Collin Johnson (hamstring) and defensive backs B.J. Foster (hamstring) and DeMarvion Overshown (back) will not play against the Owls. Running back Daniel Young, who had missed UT’s first two games with an ankle sprain, was not listed on the pregame injury report.

The news about Foster and Overshown was not a surprise. The defensive backs had been ruled out by Texas coach Tom Herman earlier in the week. Johnson, though, had been described as a game-time decision on Thursday.
Advertisement

One of UT’s leading receivers the past two seasons, Johnson’s senior season has thus far consisted of seven catches and 108 receiving yards. He also scored on a six-yard touchdown catch against Louisiana Tech. Johnson is backed by redshirt freshman Malcolm Epps on UT’s depth chart.

Foster, who was injured on the last defensive play of significance for Texas in last week’s loss to LSU, is tied for second among the Longhorns in tackles. One of Foster’s 14 tackles was a sack. Overshown has tallied a sack and an interception this season.

Texas (1-1) is ranked 12th in the Associated Press’ national poll. Rice has lost twice this season by a combined score of 55-28.