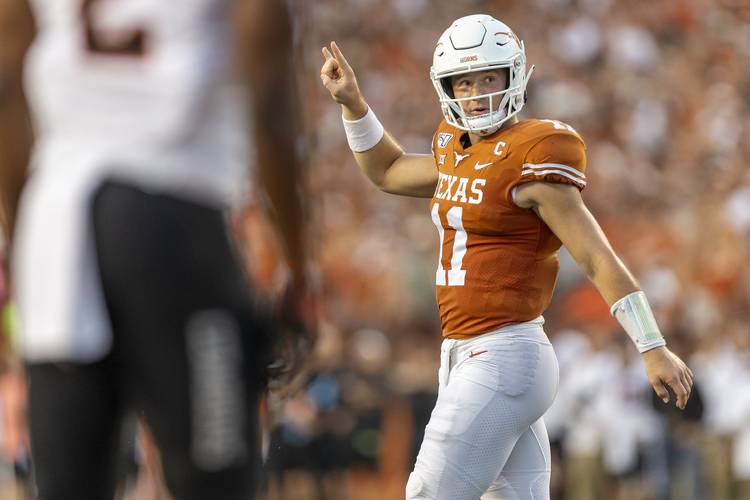 You can always tell if a player has ascended to a level of greatness within a football program.

All the proof one needed came after Texas’ conference-opening win Saturday over Oklahoma State.

After the game, reporters asked UT coach Tom Herman about the myriad injuries facing the secondary. And about resurgent running back Keaontay Ingram. And about mistakes made by punt returners Brandon Jones and Jake Smith. And about how the defense kept OSU stars Chuba Hubbard and Tylan Wallace under wraps for most of the night.

Yet no one bothered to ask Herman about his junior quarterback.

Want to know why?

Simply put, it’s no longer a shock when Ehlinger puts up great numbers. The Horns expect these types of games because Ehlinger has risen from game-managing freshman to standout sophomore to Heisman dark horse. He is The Man; make no mistake about it. Opposing defenses eat that extra bowl of Wheaties on Saturdays because their hands are going to be full against No. 11 and his bevy of offensive weapons.

Ehlinger has become the next great quarterback at Texas, following Vince Young and Colt McCoy. Better yet, he still carries with him some notable upside because he hasn’t quite mastered that deep ball to his satisfaction.

Just because his name isn’t mentioned after a game doesn’t mean the coaches, team or media are taking him for granted. Ehlinger is the most consistent part of this team, and the assumption that he’ll play great ball week in and week out is the ultimate compliment.

For the rest of Cedric’s Nuggets, including his thoughts on the passing of Jevan Snead and Kansas basketball, click here.

Longhorn Confidential: MRIs for everyone as Texas looks to get healthy during the off week

With The Revolution set as an opening act, Texas announces a kickoff time for the Kansas game