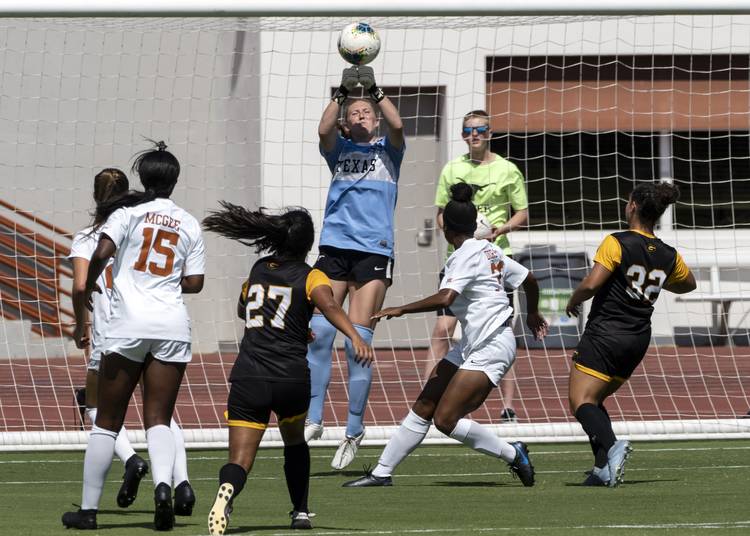 An 87th-minute goal by Julia Grosso gave the Texas soccer team a 1-0 win over Kansas State as the Longhorns completed a weekend sweep through the Sunflower State.

Cydney Billups stole the ball off a K-State defender to set up the winning play, and junior Haley Berg delivered the pass that slipped Grosso behind the Wildcats back line for a powerful left-footed finish into the top left corner of the goal.

“In this conference, if you get two road wins to start off the Big 12 season, it’s a pretty special weekend,” Longhorns coach Angela Kelly said on the ESPN+ broadcast.

Texas goalkeeper Nicole Curry made five saves, including a point-blank stop to deny Kansas State attacker Katie Cramer in the first half. Grosso appeared to give the Longhorns the lead when she hit the back of the net in the 63rd minute, but the play was called back for offside. The Longhorns had 22 total shots and nine on goal, compared to 15 and five for Kansas State (2-7-2, 0-2-0).