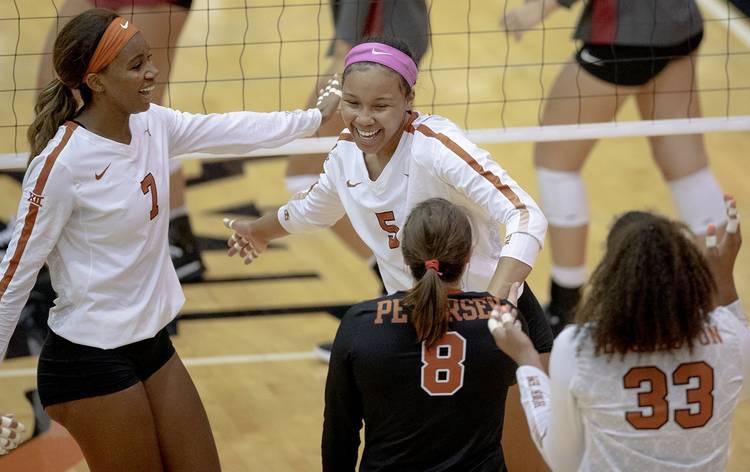 For the second straight week, Texas is ranked sixth nationally and second in its conference.

Texas remained in sixth place in the AVCA’s national poll on Monday. With 1,284 points, Texas (8-2) gained 36 points in this week’s accumulation of votes. The Longhorns, though, fell 303 points shy of top-ranked Baylor.

This marks the first time in school history that Baylor has topped the AVCA poll. The Bears were ranked second last week.

The Baylor Bears are the No. 1⃣ team in the country for the first time in program history! 🐻

Texas is coming off a week in which it opened Big 12 play with two victories. The Longhorns beat Iowa State in four sets this past Wednesday. On Saturday, Texas swept its guests from Texas Tech.

In those two wins, Texas got 26 kills from freshman Skylar Fields. On Monday, Field was named the Big 12 Rookie of the Week. This is the second time that award has been given to Fields, a 6-2 opposite hitter who entered the season as the Big 12’s preseason co-freshman of the year.

Texas has a light itinerary this week. The Longhorns have the upcoming weekend off but must travel to TCU (5-7; 0-2) on Wednesday night.

Ricky Williams’ 1998 Heisman Trophy up for sale at auction