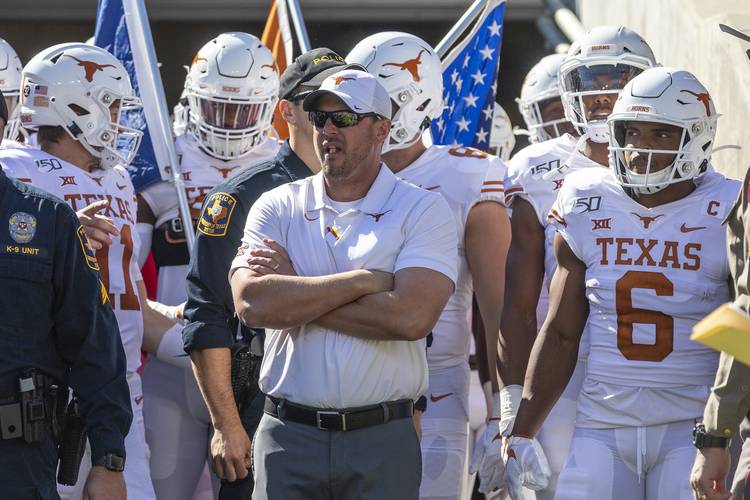 The Longhorns lost another defensive commitment from the 2020 class when four-star Ethan Pouncey announced his de-commitment. Pouncey is a four-star cornerback from Winter Park (Fla.) who pledged to the Longhorns before the start of the season. His brother Jordan is a wide receiver on Texas’ team and Texas officials confirmed he has entered the transfer portal. Ethan is the third defensive commitment to back away from his Texas pledge since the loss to Oklahoma. He joins defensive end Princely Umanmielen and cornerback Joshua Eaton.

All I ask is you respect my decision 🙏🏾 pic.twitter.com/INsD07RyiC

Texas’ class is now down to 16 pledges as November creeps around the corner. The class still ranks sixth in the nation and first in the Big 12. The Longhorns hope to sign at least 20 players in the 2020 cycle, so the staff has work to do with the recent de-commitments on defense. John Tyler’s Kitan Crawford remains the only cornerback committed to Texas in the 2020 class.