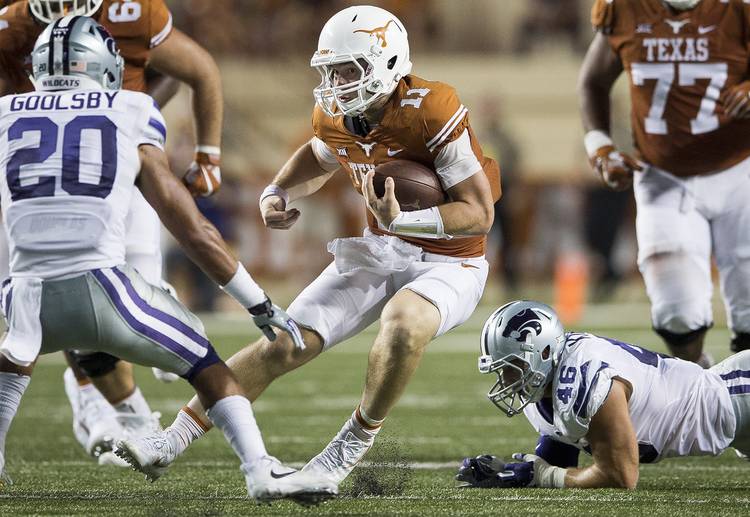 Texas’ upcoming date with Kansas State will be an afternoon affair.

The Big 12 has announced that Texas and Kansas State will play at 2:30 p.m. on Nov. 9. The game will be held at Royal-Memorial Stadium. ESPN will televise the event.

Texas is 5-3 this season, and the Longhorns have won three of their five Big 12 matches. The Longhorns had a bye scheduled for this past week. In its last game, Texas was handed a 37-27 loss by TCU.

Guided by new coach Chris Klieman, Kansas State (6-2) is also 3-2 in Big 12 play. The Wildcats were ranked 22nd in last week’s AP poll. Since its last loss, Kansas State has recorded 48-41 and 38-10 wins over Oklahoma, which was ranked fifth at the time, and rival Kansas.

Kansas State has won 10 of the 19 contests in its all-time series with Texas. The last two games, however, have been taken by Texas. Two years ago, Texas needed two overtimes to secure a 40-34 win over Kansas State at Royal-Memorial Stadium.

Texas-USC lands ranks No. 7 on ESPN’s list of the top 150 games in college football history