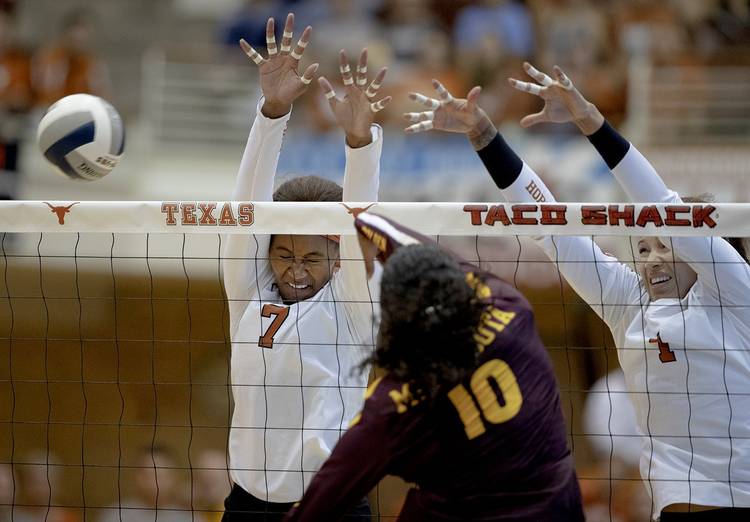 Texas volleyball players Asjia O'Neal (7) and Micaya White (1) attempt to block a spike during a match against Minnesota on Sept. 4, 2019 in Austin. [NICK WAGNER/AMERICAN-STATESMAN]

White, who led Texas past Texas Tech and West Virginia with her 29 kills, picked up her second weekly award of the season on Monday. Twelve kills, five blocks and a .556 hitting percentage helped O’Neal join teammates Molly Phillips and Skylar Fields as winners of the rookie award. Fields has earned that honor during four of this season’s 10 weeks.

Tom Herman: Texas is on the ropes, so is it time to fight out of it or throw in the towel?

Longhorn Confidential: As November begins, where are these Longhorns headed?