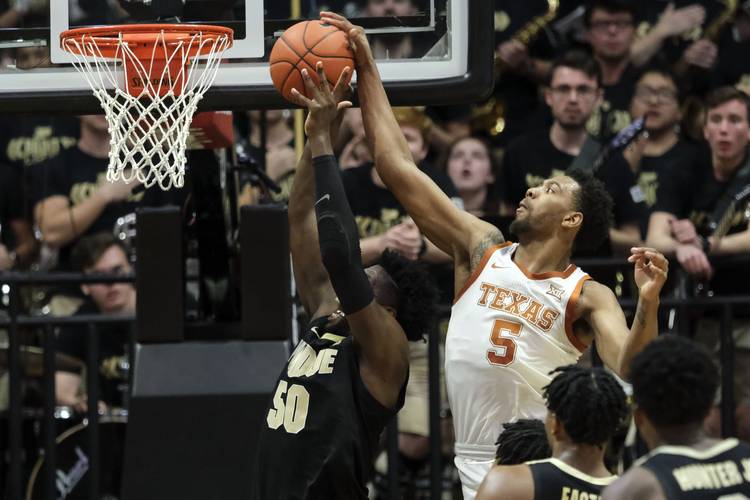 About the Longhorns: Kenpom’s computer analytics have never been higher on coach Shaka Smart’s club than now. After a 2-0 start, Texas ranks 22nd in the Division I rankings topping all previous finishes the last four seasons — 39th (2016), 70th (2017), 36th (2018) and 25th (2019). Coach Shaka Smart is giving defensive assistant Luke Yaklich incredible leeway. “When Purdue made those five early 3s against us, he about blew a gasket. It was exactly what the guys needed to hear,” Smart said. Purdue shot 50% overall from long range. Smart said the entire team needs to rebound better. The Horns are minus-9 on the boards in two games thus far. Despite a 2-0 start and solid road win, Texas did not get into this week’s Associated Press Top 25.

About the Lancers: It’s understandable if college basketball watchers are unfamiliar with this team, which is now in its second season as a Division I program. But this is no upstart. California Baptist was a regular in the NCAA Division II tournament. Coach Rick Croy has a 150-44 overall record during his seven seasons, and the school regularly turns out all-conference performers. Milan Acquaah, who transferred from Washington State, was named the WAC newcomer of the year last season. He averaged 19 points and shot 41.5% from the floor. Cal Baptist smashed Cal Lutheran on Friday, winning by 56 points. Of note, the Lancers shot 60% from the floor and 41.9% from 3-point range.