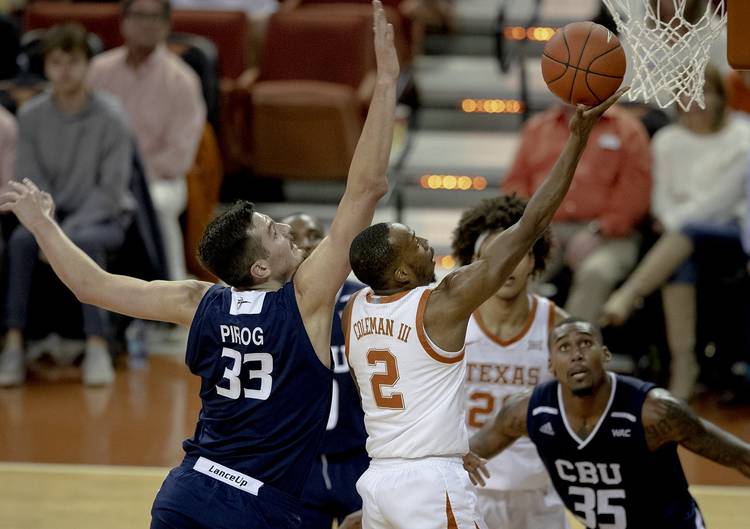 About the Longhorns: Contrary to how things appeared, coach Shaka Smart did not unload on his players for their wild 3-point shooting in the first half against California Baptist. Texas was 2-for-16 from long range and led by only four points at the break. “When coach Shaka came in the locker room, he was proud of our defense,” Courtney Ramey said. “Stick with our defense.” The Horns did have a strong defensive performance overall and held the Lancers to 34.5% shooting in a 67-54 win. This is UT’s final home tuneup before a major road trip to New York next week for the 2K Empire Classic. Texas will play Georgetown on Nov. 21 and then either Duke or California on Nov. 22 at Madison Square Garden.

About the Panthers: Coach Byron Smith’s club probably looks at each season in two halves — the paycheck games and the winnable games. To help fund the athletic department, Prairie View sends the men’s basketball team into a series of brutal road games against major opponents, usually getting six-figure checks along the way. Prairie View faces Texas, California and Arizona State this season, for example. Last season, the squad started 1-11 but then closed the regular season winning 18 out of 19 games and still reached the NCAA Tournament as an automatic qualifier. This team is full of upperclassmen, but Lenell Henry was the only player who finished in double figures (10 points) in Tuesday’s 75-48 loss at Texas State.