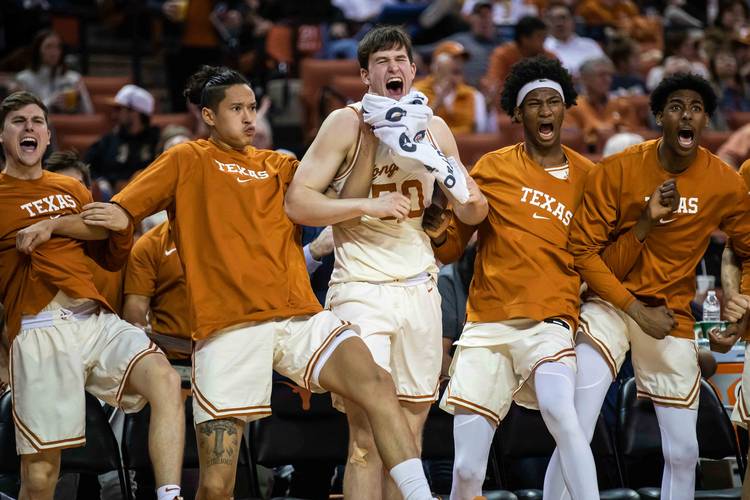 The Texas bench celebrates during a moment against the Prairie View A&M Panthers at the Frank Erwin Center in Austin on Friday, November 15, 2019. [LOLA GOMEZ / AMERICAN-STATESMAN]

Texas didn’t get a single vote in the preseason Associated Press Top 25 men’s basketball poll. Nobody believed in the Longhorns, apparently.

After a 4-0 start, coach Shaka Smart’s team jumped onto the national radar at No. 22 in the poll updated Monday.

Texas was ranked only one week throughout last season, debuting at No. 17 and then falling out a week later.

The Longhorns are set up schedule wise to either do the same thing or prove their validity this week in New York. Texas will face Georgetown on Thursday and then play the winner or loser of the Duke-California game on Friday.

With Kentucky getting upset at home last week, Duke moved into the No. 1 spot on Monday. The Horns have never beaten a team ranked No. 1 in 10 chance throughout school history.