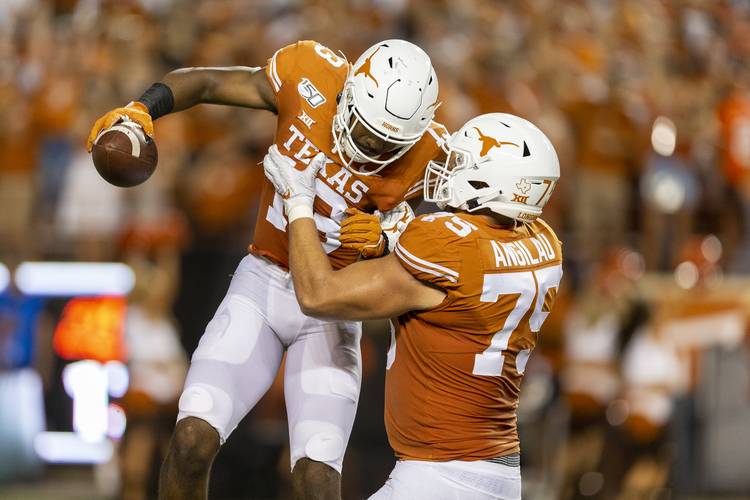 Herman said Cook has a tibiofibular sprain and likened the injury to one suffered by safety Caden Sterns, who sat out four games earlier this season. Johnson missed last week’s game at Iowa State and is rehabbing the second hamstring injury of his senior year.

Despite missing five games this fall, Johnson still ranks second among the Longhorns in receptions (35) and receiving yards (497). Last week’s start against Iowa State was Cook’s sixth this season. The sophomore has accumulated 18 tackles, two pass breakups and a forced fumble.
Advertisement

Herman did have some good news to share at his press conference. Herman told reporters that offensive lineman Junior Angilau returned to practice on Sunday. Angilau was sidelined for the Iowa State game after suffering a knee injury against Kansas State on Nov. 9.

Herman did not say whether Angilau will play against Baylor this weekend. On the depth chart that was released on Monday afternoon, Angilau and Derek Kerstetter were listed as the possible starters at right guard. A 6-6, 300-pound redshirt freshman, Angilau started in each of UT’s first nine games.

‘If you want to look for a tough S.O.B. on our team — we’ve got a lot of them — Junior Angilau is certainly one of them,” Herman said. “Remarkable what he was able to do, and the time and commitment he put in to his rehab, because it means that much to him to be out there with his teammates and fighting to get a win this week.”