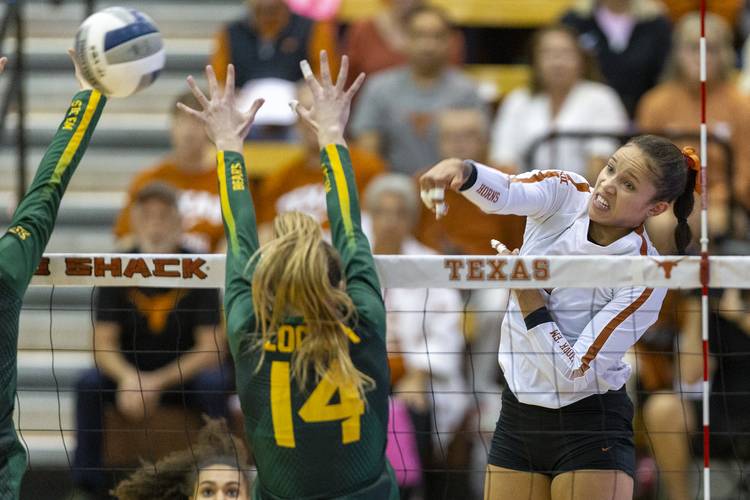 For the fourth straight week, Texas and Baylor were respectively ranked first and third in the American Volleyball Coaches Association’s Division I poll.

Texas will be greeted by Baylor in Waco on Wednesday night. The marquee match will be played four weeks after Texas swept Baylor in Gregory Gym. At the time, Baylor was the nation’s top team while Texas was ranked fourth.

During this decade, the Longhorns have engaged in five matches that have featured themselves and another top-three team. Texas is 1-4 in those battles. One of those matches occurred in the postseason.

Texas and Baylor have also been responsible for winning 24 of the 37 weekly awards given out by the Big 12 this season. On Monday, the conference honored UT middle blocker Brionne Butler and opposite hitter Skylar Fields as its most-recent defensive and rookie of the week.

Skylar Fields 👉 Rookie of the Week

Tom Herman on the Texas run game, being out-coached and the state of the Horns