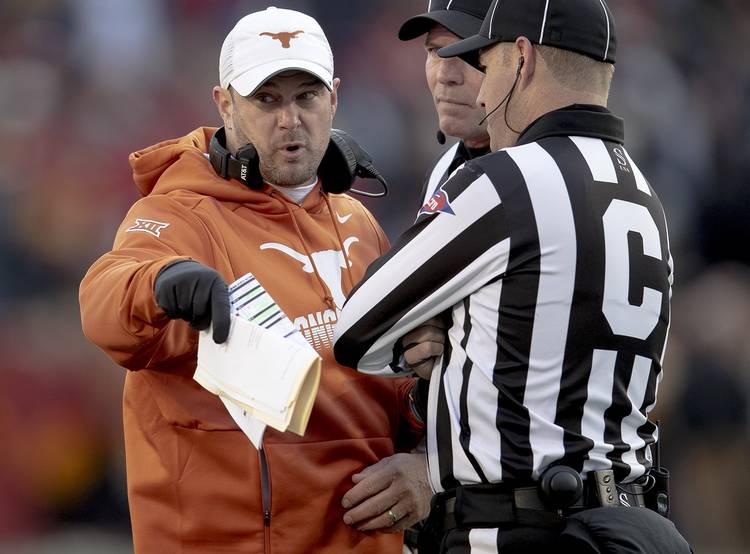 Texas coach Tom Herman clarified his comments from Saturday night about being outcoached at Iowa State and also addressed the team’s mindset going into Game 11 at Baylor after a tough loss.

Statesman columnists Kirk Bohls and Cedric Golden break down what’s happening with the wounded Horns in this week’s Longhorn Confidential podcast and also address the omissions of Devin Duvernay and Sam Ehlinger from the Biletnikoff semifinalist and O’Brien finalist lists, respectively.