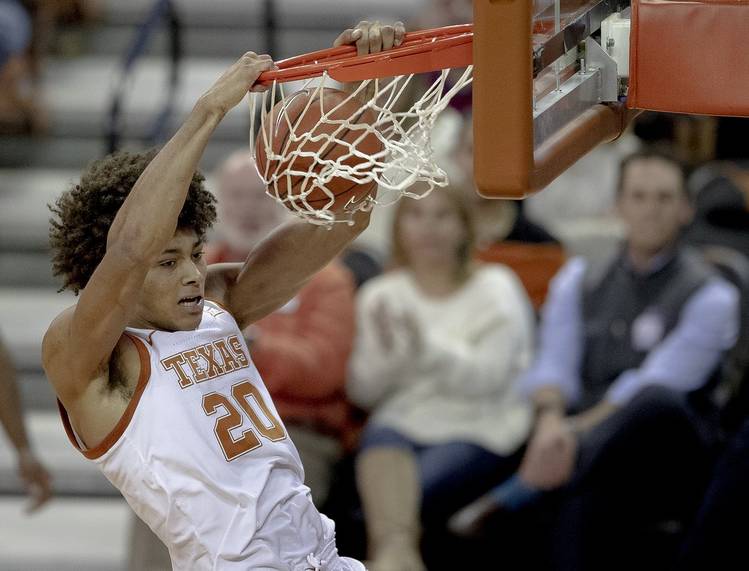 No. 22 Texas vs. Georgetown

About the Longhorns: This is the first of two games in New York as part of the 2K Empire Classic benefiting Wounded Warrior Project. Texas will play the winner or loser of the California-Duke game on Friday. The Horns should have confidence going back to The Garden after winning the NIT championship there in April. Coach Shaka Smart’s club now has some new momentum, too. After getting no votes in the preseason Top 25 men’s basketball team, Texas is now ranked for the first time this season. He’s simply looking for more consistency, especially from leaders like Ramey. “We’ve actually shot really well in the second half of games,” Smart said. “We’re shooting over 40% of the second half of our first four games, but we’ve certainly had some cold spells in the first half, particularly at home.”

About the Hoyas: For those basketball fans of a certain age, Patrick Ewing is best known as a dominant center for the New York Knicks. Those days are long gone, and Ewing eventually became a NBA assistant coach. He joined his alma mater in 2017 in hopes of leading the Hoyas back to prominence in the Big East. Smart tried to land Georgetown’s standout big man, Omer Yurtseven. The 7-footer is averaging a double-double and will be one of the most talented frontcourt challenges UT will see all season. “Is our front court ready? It’s gong to be a heck of a test,” Smart said. Georgetown’s only loss this season came to Penn State in which the Hoyas were 4-for-13 from 3-point range. Playing at The Garden, it’s likely that Ewing and the Hoyas have the crowd in their favor.

On Second Thought Ep 160: Baylor coach Matt Rhule discusses heartbreak to OU and what he expects from Texas