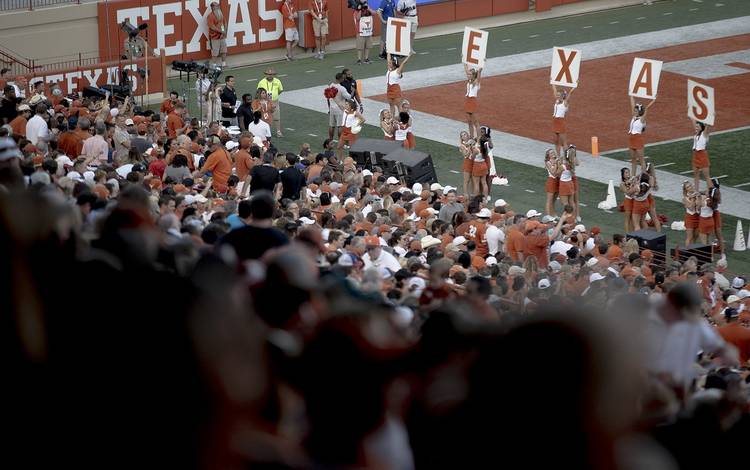 Texas cheerleaders lead the crowd in a cheer during a football game against Kansas on Oct. 19, 2019 in Austin. [NICK WAGNER/AMERICAN-STATESMAN]

Texas defensive lineman Rob Cummins has decided to step away from the game of football.

In a video published on YouTube, Cummins announced his medical retirement from UT’s football team. Cummins, a redshirt sophomore and physical culture and sport major, will continue his studies at Texas. His plans were revealed nearly two weeks after freshman linebacker DeGabriel Floyd was forced to medically retire due to a spinal stenosis diagnosis.

Signed out of Fort Worth, Cummins was a three-star prospect in Tom Herman’s first recruiting class at Texas. Cummins worked as both a tight end and defensive lineman during his three years with the Longhorns. However, he never got onto the field. Cummins redshirted in 2017 and then had his 2018 and 2019 seasons stalled by knee injuries.