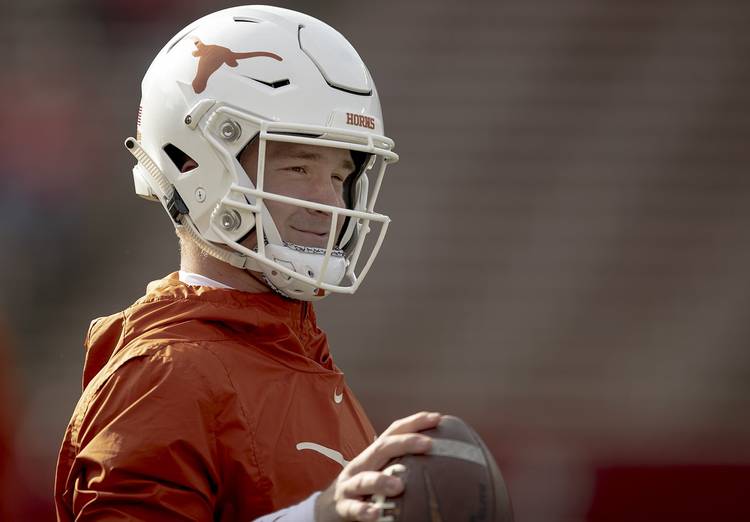 SAN ANTONIO — It raised eyebrows Sunday when junior quarterback Sam Ehlinger said he would seek information from the NFL draft advisory committee about his potential draft status for 2020.

Call it a fact-finding mission more than a quarterback worried about the Longhorns’ offensive future.

“It’s just let’s see what they say,” Ehlinger said at an Alamo Bowl press conference. “I really haven’t thought about it. I want to win a bowl game.”

The stated purpose for the so-called College Advisory Committee is to give feedback to college athletes so that “players have all the facts.” The committee labels each underclassman as a potential first-rounder, second-rounder or nothing, which means stay in school.

The majority of Texas underclassmen who have applied to the committee in recent years were told to stay in school, but few followed that advice. Most were not drafted where they hoped.

“I haven’t really sat down and talked to a whole lot of people about it just because I’m focused on leading these guys and being he best I can be for them,” Ehlinger said. “Honestly, going into this year, I didn’t really even think about it. I wasn’t considering that at all. So I just feel extremely blessed that’s even a question that’s being talked about.”

Ehlinger has thrown for 3,462 yards and 29 touchdowns this season, putting him just behind Colt McCoy in UT’s record book. The Westlake product has the chance to challenge McCoy for almost every passing record should he stay all four years.

Ehlinger said he has not been told much about UT’s offensive philosophy in 2020. The school is expected to announced Ohio State assistant Mike Yurcich as the new offensive coordinator soon.