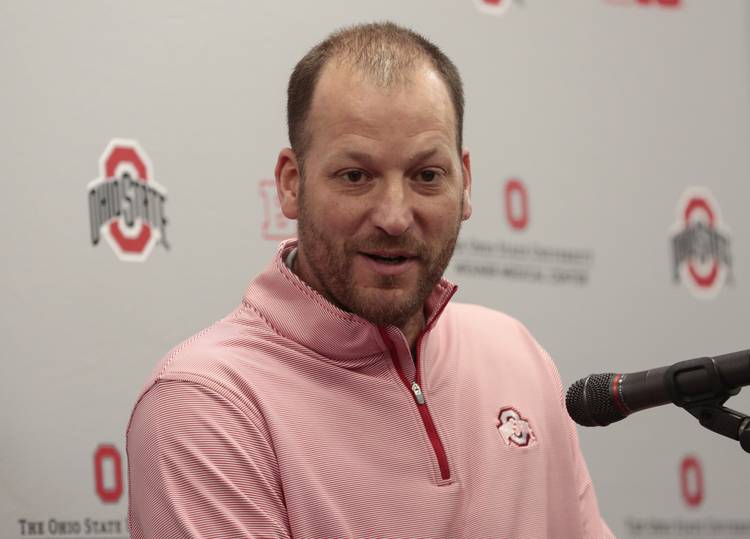 The Longhorns made it official Sunday after staying quiet for almost a full week when initial reports broke that Yurcich would take the job.

Yurcich (pronounced YER-sitch) is expected to become the Longhorns’ primary play-caller in 2020, something he did during a six-year run at Oklahoma State but not at Ohio State this season.

Ohio State coach Ryan Day called plays during the team’s run to the College Football Playoff. But Yurcich was widely credited for working with Heisman finalist Justin Fields, the Big Ten offensive player of the year.

“I talked with a number of coaches as we tried to find the best fit at offensive coordinator, and Mike is a guy who really stood out,” Texas coach Tom Herman said in a statement. “What impresses me most about him is how he works with and develops players and the creative ways he utilizes all of his weapons on offense.”

It’s doubtful that Herman will allow Yurcich to discard UT’s current system and implement something totally new. Herman has long had success with a power spread system using the quarterback run game out of shotgun formations.

Texas quarterback Sam Ehlinger would be a senior next season, although Ehlinger said Sunday he will get feedback from the NFL draft advisory committee about his potential draft status.

The College Advisory Committee gathers information from NFL scouts and determines whether underclassmen would be first-round picks, second-round picks or should stay in school.

Ehlinger said the Horns have not been told any information about the new offensive coordinator. Texas finishes the season against No. 11 Utah in the Alamo Bowl on Tuesday.

Herman stripped former offensive coordinator Tim Beck of his title on Dec. 1, although that was largely for show. Herman took play-calling duties away from Beck early in the 2018 season when Texas got off to a slow start. Herman has called plays ever since.

Beck earned $800,000 this season and was in the final year of his contract. Offensive line coach Herb Hand is the only remaining member of the 2019 staff that has years left on their contracts. Hand has one year remaining on his original deal.

Texas had the third-best offense in the Big 12 this season in yardage (468.2) and points scored (35.0). The Horns went 7-5 during the regular season mostly because of one of the worst defensive units in school history.

Yurcich’s offensive units at Oklahoma State were some of the most prolific in school history. From 2013-18, the Cowboys averaged 38 points per game and went 52-24, producing four 10-win seasons in the process.

Herman is scheduled to meet reporters again Monday. But he dropped hints last Friday the coordinator search was already over. Texas officials were content to remain quiet while the Buckeyes finished their season. No. 2 Ohio State lost to No. 3 Clemson in the CFP semifinals on Saturday.

“I can’t tell you much other than pleased the way that it went,” Herman said Friday, referring to things in the past tense. “We knew we’ve got to get this right.”

Texas to raise Clarissa Davis’ No. 24 jersey to the rafters on March 8