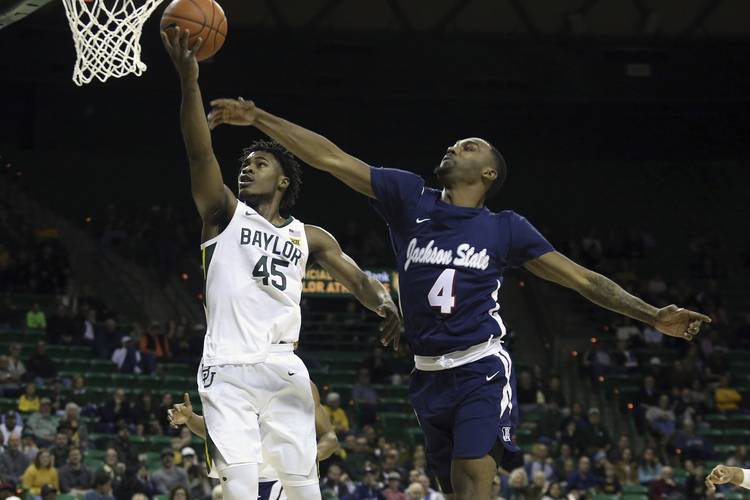 Texas at No. 6 Baylor

About the series: Texas has the all-time series lead 163-91. Last season, the two teams split the regular-season series, but the Bears have won seven of the last eight.

About the Longhorns: Andrew Jones missed the last two trips to Waco while battling leukemia. Now, he’s something of a wildcard to opposing Big 12 coaches. Jones said the scouting report would say he’s an aggressive defender and an effective scorer if you give him comfort and space. “I’m not going to give you my whole scouting report,” Jones said. “They have to watch a little film for themselves.” Jones is second on the team in scoring, third in assists and shooting 37.9% from 3-point range. With one more victory, Texas would become the 17th college basketball program to win 1,800 games in school history. Illinois also has 1,799 victories.

About the Bears: Coach Scott Drew’s club already has some impressive wins this season, including victories over No. 17 Villanova, No. 12 Arizona and No. 18 Butler. That’s fueled the Bears’ rise in the national rankings. They’ve got a tough start to Big 12 play, too. After Texas, Baylor has two brutal road games — at Texas Tech and Kansas. Thus far, the Bears’ defense has been impressive, allowing just 60.3 points per game, the second lowest total in the Big 12. Opposing teams are shooting just 38.1%. Davion Mitchell and Jared Butler both have 18 steals each. Tristan Clark had seven points and two rebounds in Baylor’s recent win over Jackson State. He had missed the two previous games with knee soreness.