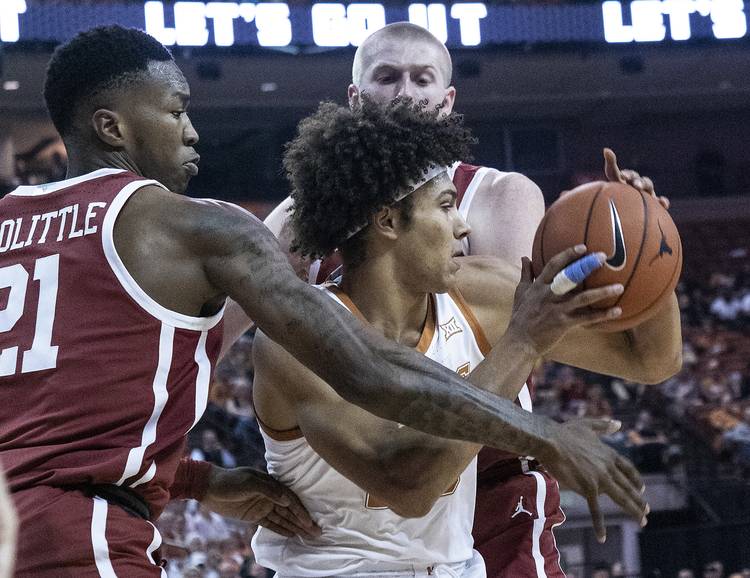 About the series: Kansas State leads the all-time series 22-16. The Wildcats have given the Longhorns all sorts of problems in recent years, winning five of the last six.

About the Longhorns: Players said coach Shaka Smart wanted more “paint touches” against Kansas State and more opportunities for Jericho Sims. The quiet junior has shown flashes of being the best player on the floor at times the last few games and can’t get the ball enough. Sims had only nine shots against Oklahoma. Also, Kamaka Hepa said the Horns had a goal of 20 points in transition in the loss; Texas finished with 15. Against Kansas State, Hepa said the emphasis has been “ball movement and pushing the ball on the break.” Typically, these games against K-State are close. Five of the last eight have been decided by three points or less.

About the Wildcats: This is not the same team K-State team that won a share of the Big 12 title last season. Then again, when these two teams first met in early January last year, the Wildcats gave no indication they would blossom into one of the league’s best. Xavier Sneed and Cartier Diarra are two crafty veterans that have given Texas matchup problems in the past. TCU beat K-State on Tuesday with a tip-in with 11 seconds left. Five of the Wildcats’ seven losses have been by six points or less. “I hate being 0-2 (in Big 12 play), which we were last year,” coach Bruce Weber told reporters afterward. “I hate it. I hate it for our guys. We have been in both games.” Sneed said he’s trying to maintain focus. “Texas coming up next. Just getting a W there in Texas,” he said.