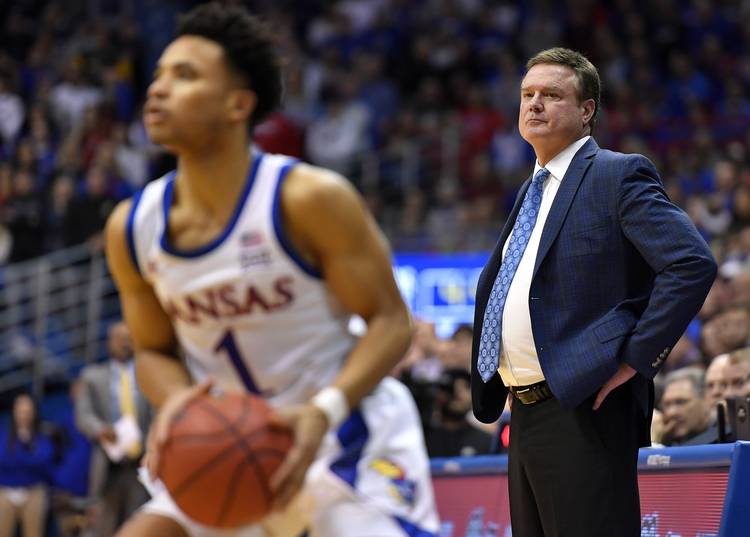 About the series: Kansas leads the all-time series 33-9. The Horns beat the Jayhawks in Austin last season 73-63 when Kerwin Roach II closed it out by hitting six consecutive free throws. That snapped a 10-game losing streak in the series.

About the Longhorns: The suddenly high-flying Kamaka Hepa sure loved to watch those two dunks against Oklahoma State during film session. “I had one dunk all last season, so that was something different,” Hepa with a huge laugh on Friday. “It did feel good and was a little confidence booster.” Hepa’s dunk-a-thon was part of his career-high 15 points against OSU. Jase Febres also had a sore wrist after a wicked dunk. For UT’s two long-range threats to have success driving to the rim, that gets teammates’ attention. “When they’re being more dynamic, you just feed off that type of energy and it allows the team to play better,” Matt Coleman III said.

About the Jayhawks: Texas coaches sure noticed that Kansas guard Devon Dotson did not play in Tuesday’s game at Oklahoma. Coach Bill Self indicated they were going slow with Dotson’s recovery from a left hip pointer injury. On his Wednesday radio show, Self said, “It will be his call when he comes back.” His status against Texas is uncertain. Dotson averages 18 points and 4.4 assists per game. Senior Isaiah Moss started in Dotson’s place against OU and had 20 points with a career-high six made 3-pointers. The Jayhawks were smart to get out of Lawrence early Friday. Bad weather was predicted in the Kansas City area, so the team left at 9:30 a.m. and headed south.