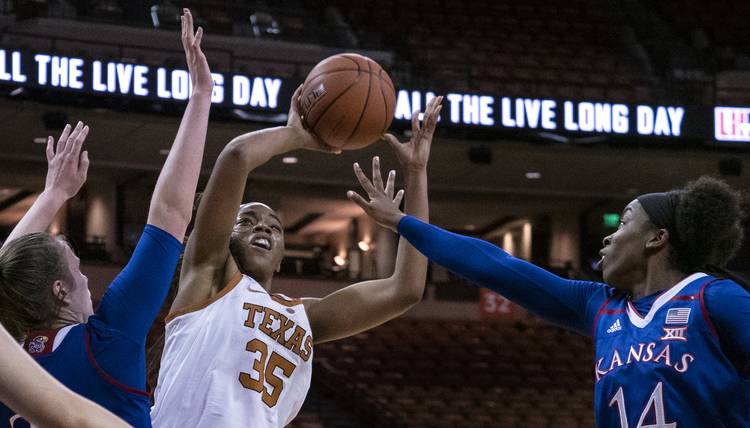 About the Jayhawks: Kansas has been beaten 14 straight times by the Longhorns. The Jayhawks’ last victory in this series was a 76-38 triumph in 2013. …  Kansas snapped a four-game losing streak with a 67-50 win over Texas Tech on Saturday. … Six Jayhawks are averaging between 10.5 and 11.9 points per game this winter. … Kansas ranks 61st nationally in fewest fouls committed. A Jayhawk has fouled out on only four occasions during the 2019-20 season.

About the Longhorns: Texas is looking to win the 1,100th game in its program’s history. … On Monday, guard Celeste Taylor shared the Big 12’s freshman of the week honor with Kansas State forward Ayoka Lee. Her seven steals in a 71-63 win at Kansas State on Sunday were tied for the eighth-most in UT’s record books. … Eight Longhorns knocked down a three-pointer against Kansas State. … After seven straight games with the same starting lineup, Texas has trotted out a different starting five in each of its last three games.