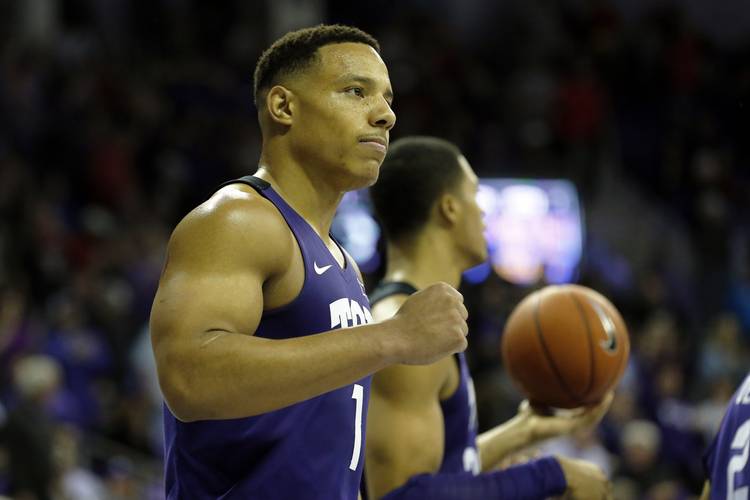 TCU guard Desmond Bane pumps his fist in the closing moments of the second half against Texas Tech during an NCAA college basketball game in Fort Worth, Texas, Tuesday, Jan. 21, 2020. TCU won 65-54. (AP Photo/Ray Carlin)

About the series: Texas leads the all-time series 109-68. The Frogs have been a thorn in the Longhorns’ side the last four seasons. Texas had lost three straight before finally beating TCU 58-44 in the NIT semifinals in New York last season.

About the Longhorns: Smart said players who were around Cooley Pavilion on Sunday were shocked when word spread about Kobe Bryant’s death. “He’s one of those select people who seemed larger than life,” Smart said. “And even though he’s retired, seemed like he was almost immortal.” Smart said he’s looking at all options to spark the Horns the rest of the Big 12 season. That likely means more full-court press, like UT used in the second half against LSU. “We have to be the more aggressive team to win on Wednesday, so it’s definitely something that we’ll utilize,” Smart said. Neither F Kamaka Hepa (ankle) nor F Gerald Liddell (back) are expected back this week because of injuries.

About the Frogs: TCU’s 4-2 start to Big 12 play is the team’s best conference start as a member school. The Frogs have also gotten stronger at home, winning 14 of the their last 19 league games at Schollmaier Arena. He may not always get the limelight, but Bane continues to be one of the league’s most dangerous scorers. He leads the league in 3-point shooting (44.6%), and Bane ranks seventh nationally in shooting overall (66.7%). Samuel set new career highs in scoring (24) and rebounds (18) in a 78-67 loss to Arkansas on Saturday in the Big 12/SEC Challenge. That rebound total was the most by a TCU player in three seasons. Dixon is likely to stress ball security in the practices leading up to Wednesday. TCU had 19 turnovers against Arkansas, the Frogs’ third-highest total of the season.