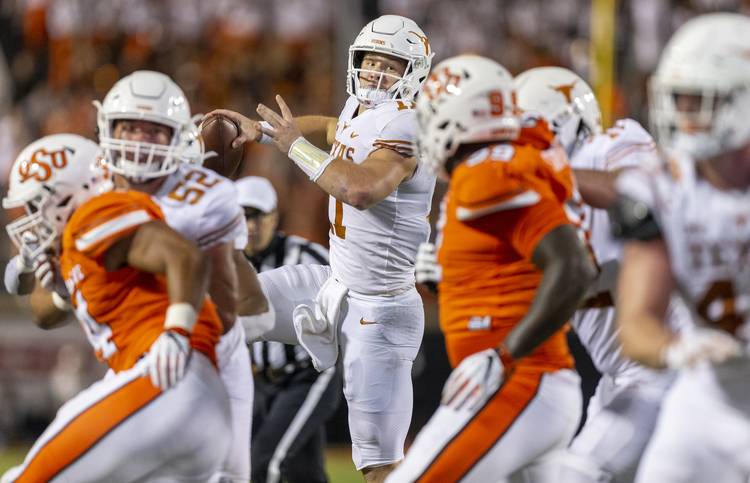 For the fourth season in a row, Texas’ football team will play on Black Friday.

The Big 12 announced on Thursday that Texas will now travel to Oklahoma State on Nov. 27. That game was originally scheduled for Saturday, Nov. 28. The official kickoff time will be announced at a later date.

According to Texas, the Longhorns are 70-32-3 in games that are played on the Thursday or Friday of Thanksgiving Weekend. Since 2016, Texas has annually had a game scheduled for the day after Thanksgiving.

In its all-time series with Oklahoma State, Texas owns a 25-9 lead. The Cowboys have been the victors during the last two meetings in Stillwater, however. That two-game home winning streak includes a 38-35 victory in 2018.