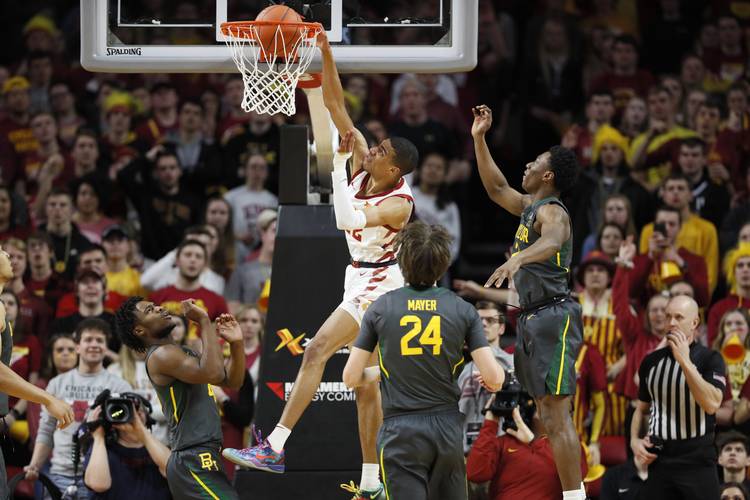 About the series: Texas leads the all-times series 23-17. The Longhorns have been on an impressive run in recent years, winning five of the last six. UT has won four straight over Iowa State at home.

About the Longhorns: Smart has always wanted a player-driven team, so he was uplifted to see his guys come together during a late timeout in a tie game against TCU. “They really owned that huddle,” Smart said. “They were coming in and saying, ‘We got this. Let’s get back to playing with more aggressiveness on defense.’” The Horns closed out a 62-61 win with a key 3-pointer from Febres and a traveling call on TCU. Smart also liked what he got out of reserve Royce Hamm Jr., who had four rebounds and hit four free throws against the Frogs. “In the locker room after the game, he was probably as excited as anybody because he contributed to winning,” Smart said.

About the Cyclones: Prohm’s team has struggled this season with a lack of toughness. That was apparent again in Wednesday’s 67-53 loss to No. 1 Baylor. “We’ve got to make tough plays around the paint,” Prohm told reporters afterward. The Cyclones are in the bottom half of the league in rebounding averages and eighth in 3-point shooting. The Texas matchup is viewed as a winnable game by those in Ames, Iowa. Led by Haliburton and Bolton, the Cyclones have a much better offensive efficiency rating (39th per Kenpom) than does the Longhorns (112th). Haliburton has shown a tremendous jump in offensive potential this season. He averaged 6.8 points per game last season and now almost 16 this year.