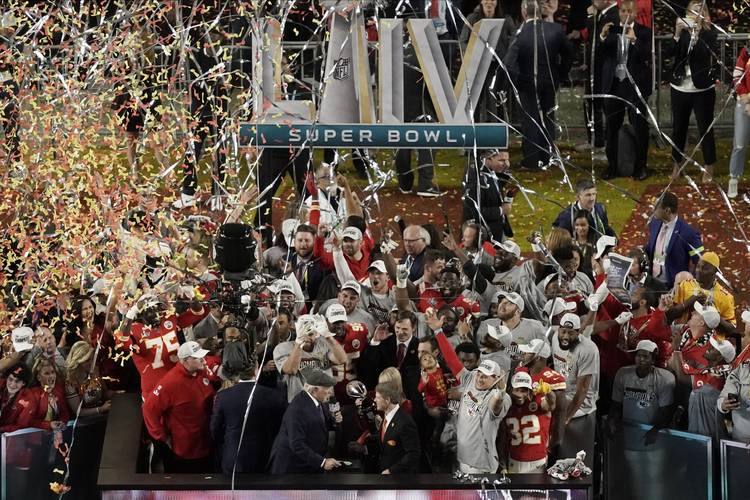 Once again, the NFL season has ended with a Longhorn in the winner’s circle.

Kansas City rallied to a 31-20 win over San Francisco in Super Bowl LIV on Sunday night. Like the previous three Super Bowl winners, Kansas City had a former Texas football player on its roster.

Alex Okafor, a Pflugerville native who played at Texas from 2009-12, was inactive for the season’s biggest game. Okafor registered 15 tackles and five sacks in his seventh NFL season but he suffered a season-ending pectoral injury against Denver in mid-December. Still, Okafor joins a club of 27 former Longhorns who have won 32 Super Bowls:

Texas would have claimed a Super Bowl champion regardless of the outcome in Miami. Former UT receiver Marquise Goodwin, who was also injured, is a 49er. San Francisco coach Kyle Shanahan was also looking to join Tom Landry as the only ex-Texas players to coach a Super Bowl winner.