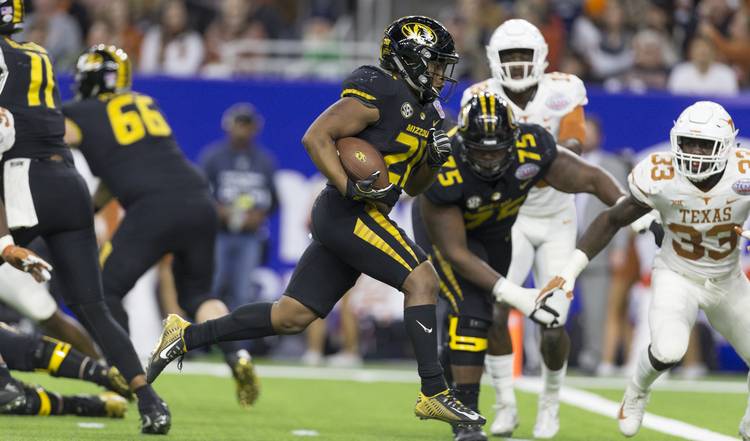 Missouri running back Ish Witter (21) scores a touchdown past linebacker Gary Johnson (33) in the first half of the Texas Bowl NCAA college football game in Houston, Wednesday, Dec. 27, 2017. (Stephen Spillman / for American-Statesman)

Texas lost a late recruiting race for cornerback Ennis Rakestraw when he picked Missouri over the Longhorns and Alabama early Wednesday morning. The three-star from Duncanville became a hot commodity on the recruiting circuit following the early signing period. He picked up offers from Georgia, Alabama and Texas in January. Rakestraw broke up 15 passes and recorded one interception as a senior as he helped Duncanville reach the Class 6A Division I state championship for a second consecutive season.