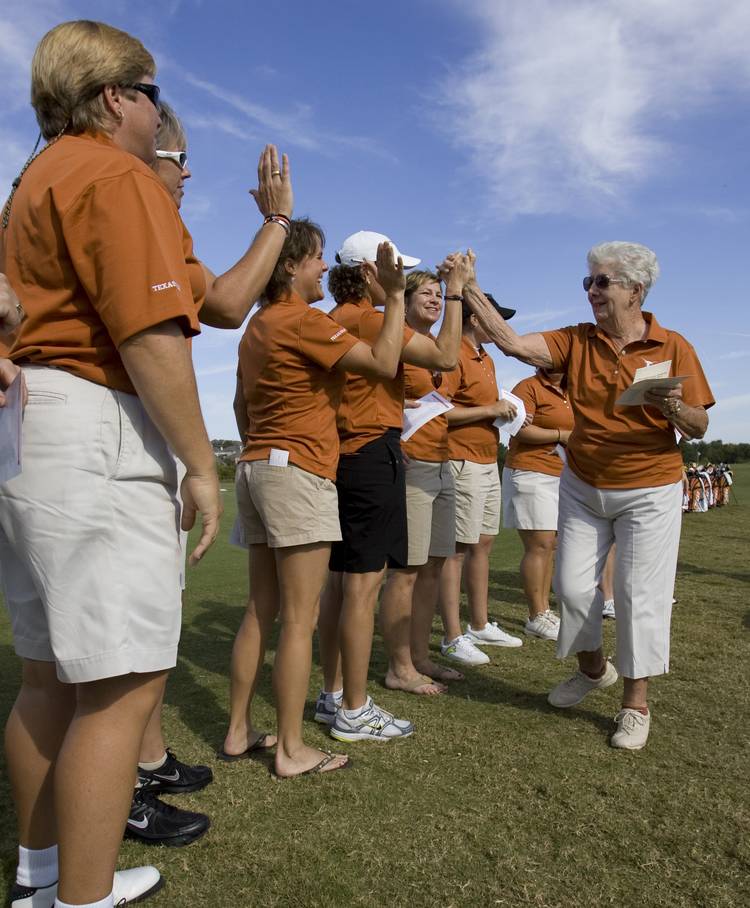 Pat Weis, the first-ever coach of the women’s golf program at Texas, passed away in Austin at the age of 89 on Sunday.

Texas announced the death of Weis on Sunday evening. Details regarding funeral services are pending.

We lost a legend today.

“It’s a very sad day for Texas Women’s Golf and for collegiate golf in general,” current UT coach Ryan Murphy said in a statement. “Coach Weis meant so much to so many people and she was a giant within our sport. Everything we have today can be largely attributed to Coach. She started a program that would ultimately impact hundreds of lives over four-plus decades. Coach will be sorely missed and will be in our thoughts and prayers as we continue through this season.”

Said Jody Conradt, the former Texas basketball coach and director of women’s athletics: “The changes that had occurred in college athletics over her career are indescribable, but there is one common thread: athletics department staff, donors, fans and her student-athletes absolutely respected and loved Pat. For having grown up in Arkansas, there was no more loyal and vocal Longhorn. She often reminded us she came to UT the same year as Darrell Royal [1957].”

Weis started Texas’ golf program in 1969. The Longhorns achieved varsity status during the 1974-75 school year.  Weis, who originally arrived at Texas as an associate professor in the department of physical education, guided the Longhorns until 1993.

Under Weis, Texas won seven championships in the Southwest Conference. She coached 11 All-Americans, one AIAW champion (Debbie Petrizzi) and one NCAA champion (Charlotta Sorenstam). Texas inducted Weis into its Hall of Honor in 2001.