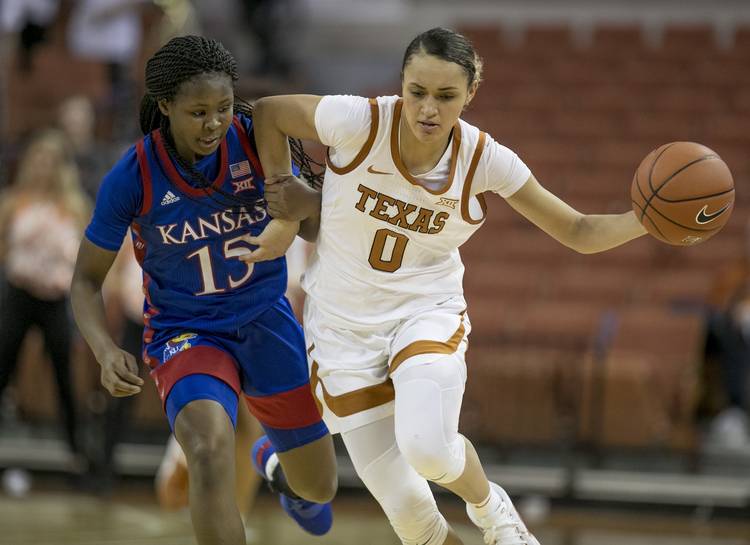 About the Longhorns: In Wednesday’s 69-51 loss to Iowa State, three different Longhorns — Holmes, Collier and senior Lashann Higgs — missed at least 10 shots. Taylor was also 1-for-10 on her attempts from the field. … Texas has won its last four games on the road. … Collier has recorded 12 double-doubles this season. … Tied for fifth in the Big 12 in steals, Texas and Kansas have both swiped 199 basketballs this season. Sutton (26), Taylor (22), Holmes (21) and Underwood (20) each have at least 20 steals in conference play.

About the Jayhawks: Kansas’ 85-77 shortcoming against Texas in January was its 15th straight loss in this series. … The Jayhawks have lost their last seven games by an average of 18.4 points. … The 28 points scored by Thomas during an 87-74 loss to TCU on Feb. 8 were the most points scored by a Jayhawk since November of 2018. … Kersgieter, who has made five straight starts, was named the Big 12’s freshman and co-player of the week after the season’s first week. She remains the only Jayhawk to be honored by the conference this season.