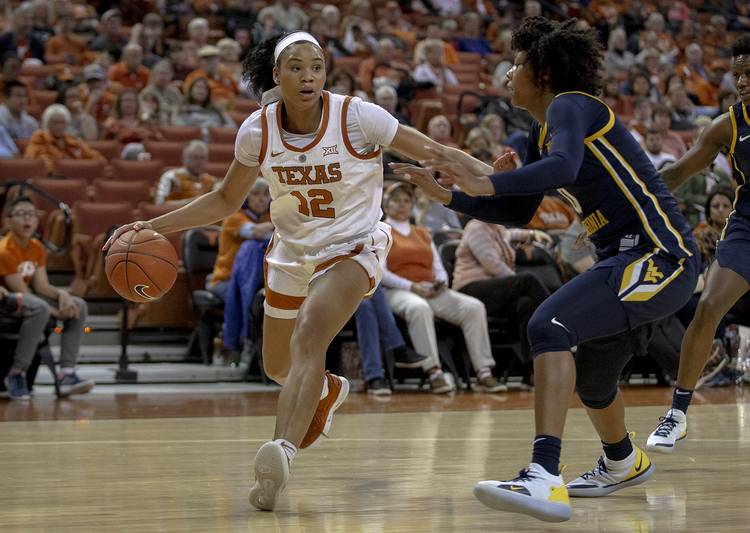 About the series: Texas leads 12-7

About the Mountaineers: Once ranked as high as 17th in the AP poll, West Virginia has lost seven of its last nine games. West Virginia did beat Texas Tech on Saturday. … Earlier of this year, West Virginia rallied from a last-minute deficit in a 68-63 win over Texas in Morgantown. … Among the Big 12’s 3-point shooters, only Oklahoma’s Taylor Robertson (112) has knocked down more attempts than Gondrezick (52). Gondrezick was in the concussion protocol and missed Saturday’s game, but she is still listed by West Virginia as a probable starter. … Niblack is averaging two blocks per game.

About the Longhorns: In its last two home games, Texas has been outscored 133-95 in losses to Baylor and Iowa State. UT is also coming off a 82-67 loss at Kansas, a Saturday slip-up that snapped a 15-game winning streak against the Jayhawks. … Texas is currently in third place in the Big 12’s standings. … The starting lineup that Texas used against Kansas — Sutton, Underwood, Holmes, Collier and guard Joanne Allen-Taylor — was the seventh different combination that the team has started this winter. … Texas has won the rebounding battle in 17 of its games.