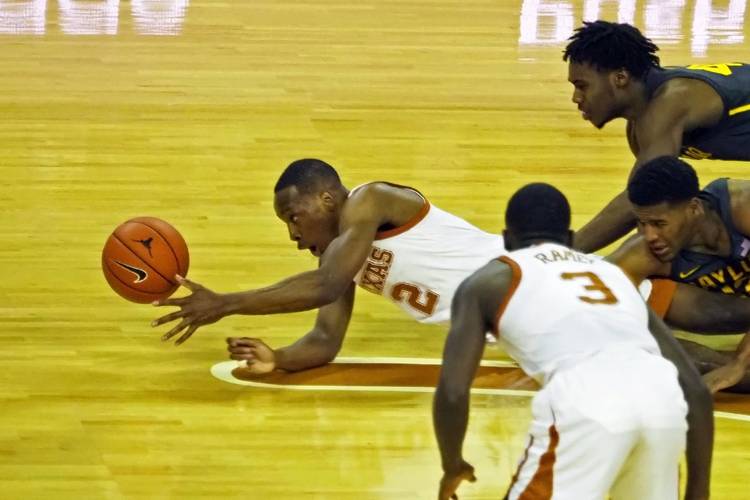 About the series: Texas leads the all-time series 110-68. The Longhorns won the last matchup 62-61 in Fort Worth on Jan. 29. In that matchup, UT’s Jericho Sims had nine points and 13 rebounds but has since suffered a season-ending back injury.

About the Longhorns: Coleman suffered a bruised heel injury last Saturday at Iowa State and tried to play through the pain. He was not expected to practice much, if at all, on Monday and Tuesday, so it’s unclear how much he will play against the Frogs. When Smart sat Coleman down, the coach used a lineup of Ramey, redshirt freshman Brock Cunningham and three freshmen. Smart wanted to see who will take advantage of extra playing time. There is still time to win enough games to make the NCAA Tournament, but the Horns have almost no margin for error. “I don’t know too much about bracketology, and coach tries to keep us focused on the next game,” Andrew Jones said. “But even before we got into conference, my mindset has been, we’ve got to make the tournament by any means necessary.”

About the Horned Frogs: Every opponent left on Texas’ schedule is likely to go right at the rim now that Sims is out. That’s what Iowa State did. The Cyclones’ guards got the ball to Solomon Young early and often, whether he was guarded by Hamm, Will Baker or Kai Jones. TCU’s Samuel is one of the league’s top big men, although his scoring has cooled the last four games. He had a season-high 24 points against Arkansas and 17 the next game against Texas. Bane’s 34 points against Texas at the Erwin Center still holds up as his career high. He was 14-for-20 shooting and hit six 3-pointers on March 9 last season. Bane hit five 3-pointers in TCU’s 68-57 win over Kansas State on Saturday and was two assists shy of a triple-double.