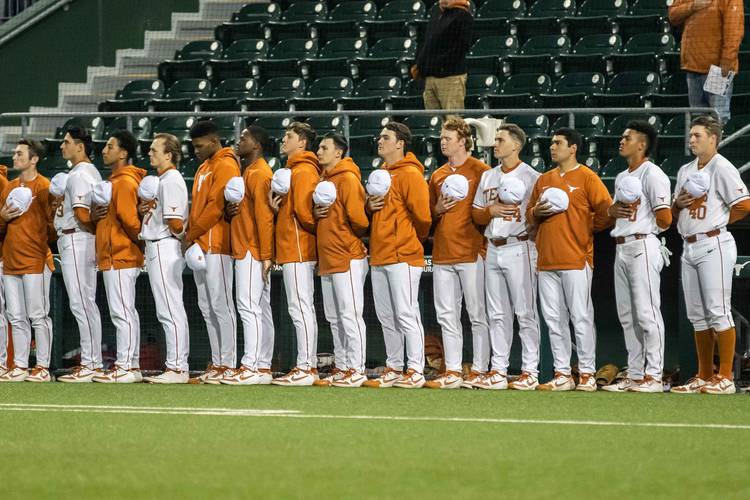 For the first time this season, Texas’ baseball team will spend a weekend at home.

Over the past few years, Rice, Louisiana-Lafayette and Purdue have participated in the first weekend series at UFCU Disch-Falk Field. Marquee programs like Stanford, Houston and Texas Tech are in the Austin area this weekend, but they are playing in the Round Rock Classic at Dell Diamond. So when Texas throws the first pitch of its home schedule’s first three-game series, someone from Boise State will be in the batter’s box.

Friday’s game will be the first for Boise State since 1980. The Broncos’ baseball program had been discontinued over the past 39 seasons, but Boise State’s athletic department decided in 2017 to drop wrestling and bring back baseball. Predictably, Boise State has been voted to finish last in the eight-team Mountain West Conference.

So why exactly is a baseball blue blood hosting a resurrected program from Idaho’s first game in 40 years? Does Texas coach David Pierce have a relationship with someone on the Boise State’s coaching staff? Is Texas (5-0) trying to pad its early-season record? Do the Longhorns just want to be a witness to history?

On Thursday, Pierce said there wasn’t much rhythm or reason to this decision. The Longhorns simply needed someone to play at home:

We needed a home weekend and sometimes you have choices and sometimes it’s a matchup. Us wanting to play at home week two and their program being available (out) of a handful. Then you look at which one fits best. Is it a Boise State? Or is it a team out of the northeast that you know nothing about? I know they’ll have some good players because they’ll recruit pretty heavily out of California, and they’ve had some players on their campus, I think, for a year. It just kind of happened to be honest with you. We’re pretty strategic about our scheduling, but that one was kind of filling a void more than anything.”

Nineteen of the 32 players on Boise State’s roster are freshman. However, all three of the pitchers that Boise State will start — sophomore Travis Weston (San Diego State, Ventura College) and juniors Mitch Lines (Lower Columbia College) and Dawson Day (Seattle, Mt. Hood College) — are transfers. Senior pitcher Jordan Britton won a national title with Oregon State in 2018, and classmate Cameron Sommer allowed one hit over 1.1 innings while pitching for UTRGV in a 13-2 loss at Texas in 2018.

Additionally, Boise State will have three Texans in its dugout. Boise State freshman Reagan Doss and Texas senior Austin Todd are both outfielders who attended Round Rock High.