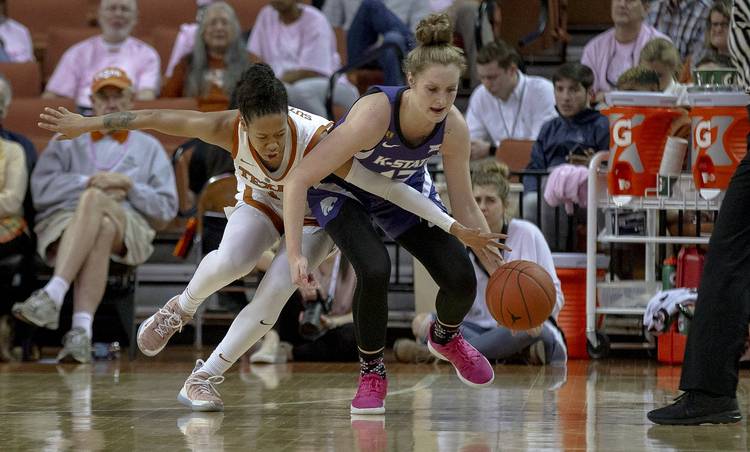 About the Wildcats: Nationally, Kansas State ranks sixth in rebounding (44.3 per game) and 11th in blocked shots (5.8). … On Wednesday, Williams was placed on the midseason watch list for the Wade Trophy. That award is given annually to Division I’s top player. … Lee has been honored as the Big 12’s freshman of the week in each of the last five weeks. In total, Lee has won or shared that award in 10 of this season’s 15 weeks. … Kansas State is 2-1 in its last three games, all of which have been decided by two points or less.

About the Longhorns: The Big 12’s third-place team, Texas snapped a two-game losing streak in Monday’s 50-44 beating of West Virginia. One of UT’s conference wins was a 71-63 victory at Kansas State in January. … Texas held West Virginia without a three-pointer on Monday. UT last accomplished that feat during a 2017 loss to Baylor. … Sutton’s next assist will be her 100th this season. Texas’ leader in assists has had at least 100 dimes in each of the past 13 seasons. … Texas is averaging 43.2 rebounds per game.