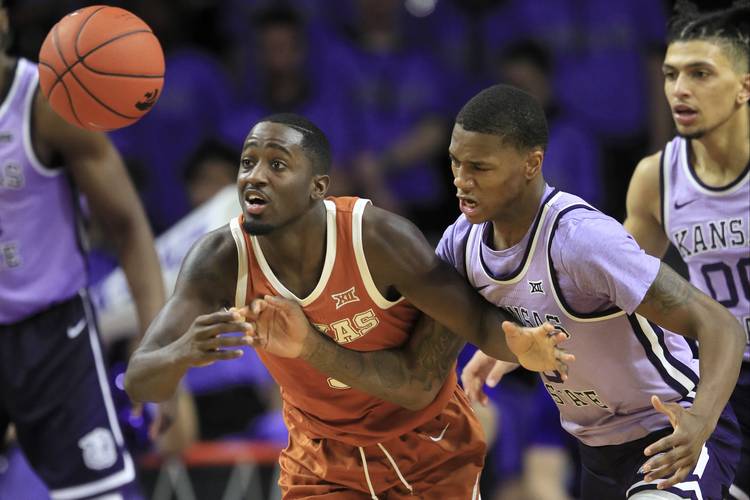 Texas vs. No. 17 West Virginia

About the series: Texas leads the all-time series 11-9. The Mountaineers humiliated the Horns earlier this season in Morgantown, winning 97-59 in the most lopsided loss in UT coach Shaka Smart’s five seasons. It was also UT’s biggest loss as a member of the Big 12.

About the Longhorns: The Ramey who showed up Saturday in Manhattan, Kan., is the player Texas coaches have been waiting for all season. He tallied a career-high 26 points on 10-of-16 shooting and a career-high five steals as UT cruised past Kansas State. “Our guys have really taken ownership of what we’ve asked them to do, starting with this guy (Ramey),” Smart told reporters afterward. Coleman played through his bruised heel injury and scored 12 points in 34 minutes. There were times it was noticeable Coleman favored his right foot, though. Freshman Will Baker had another confidence-building dunk, a left-handed flush that made all the highlight shows. “The thing that I’m really most excited about is that these are just glimpses of what he can do long-term,” Smart said.

About the Mountaineers: Since Texas last met West Virginia, Huggins’ club has fallen apart on the road. The Mountaineers have lost five straight Big 12 road games, including a 67-60 overtime decision Saturday in Fort Worth. TCU played solid perimeter defense as WVU went 2-for-17 from 3-point range and was dreadful at the free throw line (8-for-15). “I really don’t know what to say,” Huggins told reporters afterward. “I think I’ve said everything there is to say prior.” Sherman was the only Mountaineer in double figures with 16 points. WVU let TCU’s Kevin Samuel went wild inside, getting 19 points and eight rebounds. When tipoff arrives, West Virginia is likely to slip a few spots in the AP Top 25 poll. Still, Huggins’ club is fourth in the Big 12 standings with a .500 league mark.