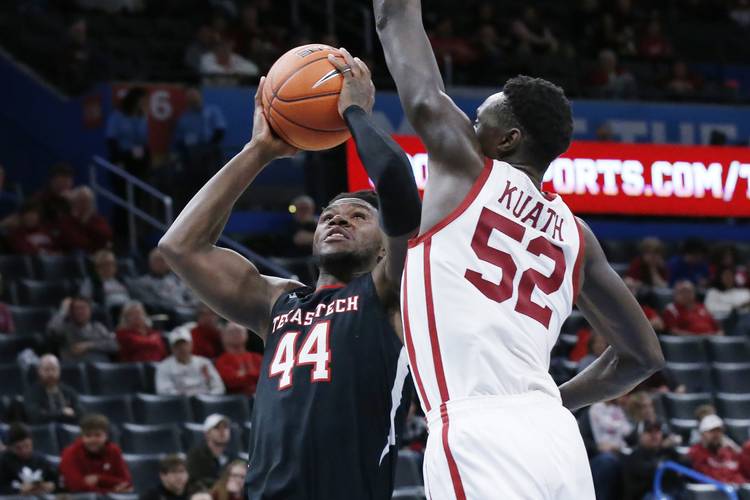 About the series: Texas leads the all-time series 86-61. The Red Raiders won the last matchup in Austin 62-57. The Longhorns have lost five straight over the last three seasons.

About the Longhorns: Smart’s teams at Texas have typically struggled against ranked opponents. He’s got a 16-34 record against Top 25 opponents in five seasons, including a 2-5 mark this season. Monday’s 67-57 win over No. 20 West Virginia kept a three-game winning streak going, the first such streak in Big 12 play since the 2015-16 season. Smart continues to be impressed by redshirt freshman Brock Cunningham’s hustle. He had two key offensive rebounds and a block in one sequence that helped seal Monday’s win. “We’re gonna go watch the tape, and I bet he had a lot more than five rebounds,” Smart said. Coleman (17 points) and Jones (18 points) were the only to who had offensive success against Tech on Feb. 8. The Horns are likely to get forward Kamaka Hepa back in the lineup, provided he’s gotten past strep throat.

About the Red Raiders: Beard’s club has shown inconsistency the last few weeks, falling to both Oklahoma State and Oklahoma on the road. But the Raiders are solid at home, going 6-1 in league play in Lubbock. Tech was held to a season-low 51 points and shot 33.3% against OU on Tuesday. “We knew they were going to hit tough shots and play tough defense,” Beard told reporters afterward. “That is what happened. We just didn’t respond.” OU’s defenders zeroed in on Ramsey, shutting out the Big 12’s second-leading scorer. Ramsey went 0-for-8 and missed three 3-pointers and was held scoreless for the first time in his career. This is Tech’s final tuneup before a monster final week to the regular season. After facing Texas, Tech will play at No. 2 Baylor (Monday) and then host No. 1 Kansas (March 7).