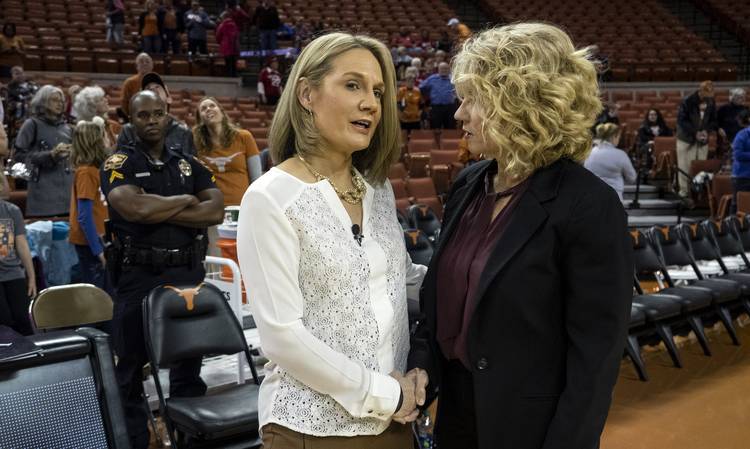 About the Sooners: An 83-80 loss to Kansas on Wednesday was Oklahoma’s fifth straight defeat. … Robertson entered this week as the only player in the nation with 100 made three-pointers. Her next 3-pointer will match the Big 12’s record of 122. … Junior guard Ana Llanusa, who missed last month’s meeting with Texas, is OU’s second-leading scorer (16.2 PPG) and has recorded at least four steals in two of her last three games. … Oklahoma ranks 22nd among the NCAA’s 348 Division I programs in scoring offense (75.9 points per game) but 343rd in scoring defense (76.5).

About the Longhorns: Taylor scored a career-high 22 points in Wednesday’s 77-67 win at No. 25 TCU. That victory was UT’s third over a ranked team this season. … Sutton needs six more assists to bypass Brooke McCarty (413 career assists) and move into 10th place in the school’s record books. … On Saturday, senior guard Lashann Higgs will likely tie Earnesia Williams for seventh place on the list of career games played at Texas. Higgs would then be just four games short of McCarty’s fifth-place total of 139 games. … Texas recorded a 70-53 win at Oklahoma on Jan. 28.