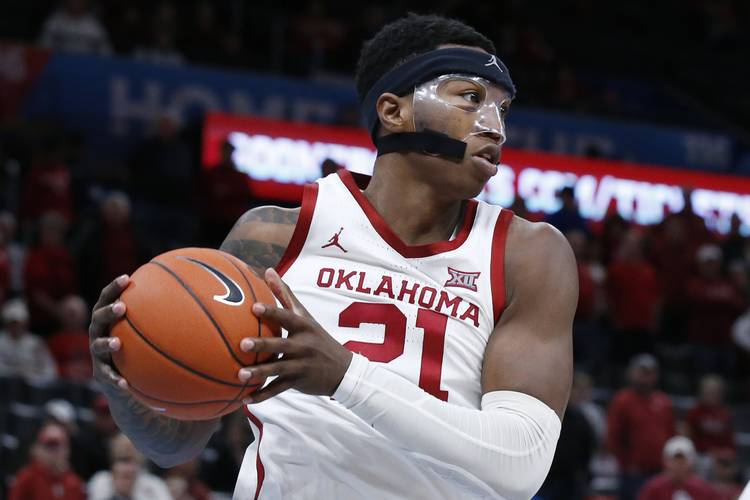 About the series: Oklahoma leads the all-time series 56-40. The Sooners won the last matchup earlier this season 72-62 in Austin. The Horns are also 1-3 in Norman the last four years. Matt Coleman’s potential game-winning 3-pointer was blocked just before the buzzer last season.

About the Longhorns: Smart said Monday that guard Jase Febres (9.4 points) will have arthroscopic knee surgery later this week and is likely out the rest of the season. Typically, athletes work back from that type of procedure in 4-6 weeks. Febres has missed the last six games after suffering the injury against Texas Tech on Feb. 8. Also, Smart said “I would be amazed” if forward Donovan Williams was cleared to play against OU with a nagging left knee injury. He sat out the second half of Saturday’s game as a precaution. “There’s no fear of a torn ACL or anything like that,” Smart said. “But I would guess he’ll be unavailable.”

About the Sooners: Much like many Big 12 teams, the Sooners hit the skids when they met the league’s top two teams. Oklahoma lost to Kansas and Baylor, but the puzzling decision was an 83-66 loss to Oklahoma State in the Bedlam Series. Kruger’s club bounced back with an impressive win over Texas Tech and then beat West Virginia on the road Saturday. Doolittle scored 19 points just two days after having a broken nose repaired. It was his third game wearing a clear mask. “We didn’t know how he was going to feel going in,” Kruger said afterward. “He was great.” Doolittle had 22 points against the Horns on Jan. 8. In that game, OU’s backcourt defense totally stifled the Texas guards. The Horns made just 8 of 29 3-point attempts.